WRWTFWW Records release the official reissue of Pierre Barouh's hard-to-describe-but-easy-to-enjoy French flair meets Japanese avant-garde lost treasure of experimental-electronic-chanson-pop with a new-wave-minimal-bossa touch, Le Pollen. Originally recorded July 1982 at Nippon Columbia Studio in Tokyo and composed, arranged, and played by a who's who of Japan's most groundbreaking musicians of the '80s. A free-spirited world traveler with an incredible ear for music, Paris-born singer and activist Pierre Barouh introduced the sounds of Brazil (and more) to Europe and pushed the envelope with his pioneering label Saravah, home of adventurous innovators Brigitte Fontaine, Areski, Jacques Higelin, Naná Vasconcelos, and Roland Bocquet's Catharsis among many others. His bohemian border-free vision of modern chanson, blending musical tradition from various parts of the globe with forward-looking artistry, resonated particularly well in Japan, where the scene spearheaded by Yellow Magic Orchestra fell in love with everything Barouh. And so, one day in 1981, Pierre Barouh received an invitation from a Japanese label to come record an album in Tokyo. Not one to turn down an escapade around the world, the French visionary jumped on a plane and landed in a studio surrounded with a dream line-up of musicians: Yukihiro Takahashi and Ryuichi Sakamoto of YMO, Yasuaki Shimizu and his Mariah bandmates Masanori Sasaji and Hideo Yamaki, members of the Moonriders, Motohiko Hamase, Mitsuru Sawamura of Interior, Kazuhiko Katoh, and the list goes on. Also participating in the making of the album were longtime collaborator Francis Laï and the mysterious and beautiful David Sylvian. The result is Le Pollen, a sincere and affectionate mix of nouveau chanson, techno-pop, post-punk, jazz, bossa, ambient, and minimalism. And probably something else entirely. Barouh's fascinating cosmopolitan music melting pot is, above all, a reassuring ode to humanity, where friendship, exchange, and collaborative creativity breeze freely. Includes bonus 7", housed in a heavy sleeve displaying two immaculate photos of Barouh and holding a printed lyrics insert. 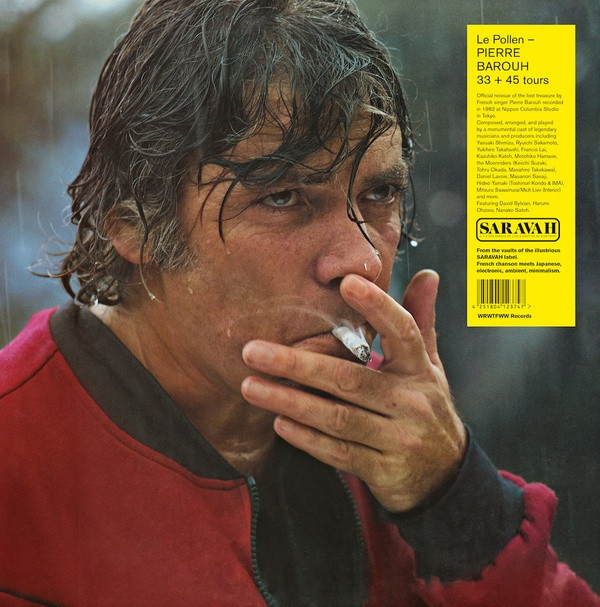