This long-lost Parisian skin flick Jeunes Filles Impudiques (aka, Schoolgirl Hitchhikers) marks a particularly vulnerable period in the career of one of the most underrated and misunderstood directors to emerge from the rising smoke of the 1968 Parisian social explosion. From a director with early links with the Paris underground, the Letterists, the surrealists, improv theatre, and the free-press comes the reclaimed audio tracks from one of his rarest celluloid moments -- but let's not confuse this for high-art. Finders Keepers make no bones, this is Jean Rollin's maiden voyage into adult entertainment, Directed under the pseudonym of Miche Gentil with a flimsy plot, questionable acting skills and an awesome little schizophrenic soundtrack. The Brutus Drums percussion workout, the acidic folk pastoral movements, the Cul-De-Sac-esque jazz theme and the UK library sound-alike tile-tune all make up this five track veritable banquet of Gallic sleaze and second-class sound providing fans of cult cinema and b-music with an unexpected glimpse into the No-No generation at its most candid. The interests of good taste have ensured that this long-lost movie has been buried for some 40 odd years with a musical score bursting to jump out of the can and down your tone arm which has now been made possible by a recently renovated negative print and new source material. These original Pierre-Raph (of Requiem For A Vampire infamy) compositions from the publishing Library of Paris' Musicale Editions Dellamarre (of Acanthus/Unity fame) come straight from Rollin himself as an introduction to Finders Keepers' new Rollinade series documenting some of the finest musical moments of the director's career as an avant-gardener, counter-culture vulture and Gallic vamp-tramp all housed in their original hand-painted promotional artwork for the first time ever on vinyl. 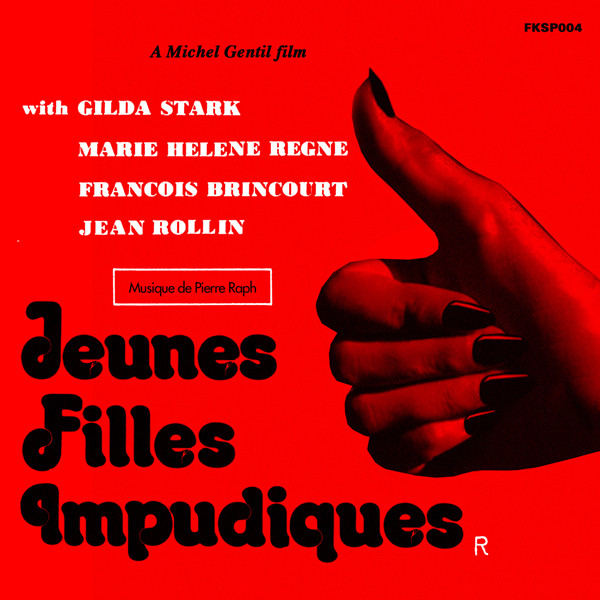