Within the elusive confines of this film awaits an unreleased album that defies categorization by a musician who in a different time and space would be revered amongst some of the most important exponents of progressive rock, dark ambient, krautrock, and pioneering synthesizer composition -- not to mention sound design and art-house film scores. As a protégé of François Bayle and Luc Ferrari who had studied classical music before immersing himself in found-sound manipulation and oscillators, Alain Pierre quickly became an enthusiastic go-to man for sound sculpture and technical studio proficiency in Belgium's small film industry. To the many generations of dedicated fans of the visual work of Philippe Druillet it might seem virtually impossible to adequately "score" the alien, futurist landscapes of the man who many called the "space architect", but once you have heard the sonic reactions of Alain Pierre on this the first-ever dedicated Druillet documentary, Ô Sidarta. Despite Druillet's large number of collaborations, it is fair to say that this criminally unreleased album by Alain Pierre would conjure up the closest synergy between sound and vision that either artist would come close to. The almost twelve of continuous music that Alain Pierre supplied for Ô Sidarta in 1974 fortunately appears in its entirety, unedited, as it does here for the first time ever away from its original broadcasts. Broadcast on Belgian and French TV that autumn, the film received a warm reception from Druillet fans, prospective film producers and space rock fans lucky enough to catch the short feature. Alain was a serious "live" performer, and his lesser-documented performances resemble the sound of Ô Sidarta most closely, proving that the Druillet collaboration was naturalistic and conceptually close to Alain's personal stylistic agenda. A rare recording of a one-off concert at the Université libre de Bruxelles in October 1976 reveals a very similar set of movements and soundscapes found on Ô Sidarta. This rare artifact has been included on the second side of this record under its original title "Notions de physique intérieure" (Notions Of Interior Physics) and stands as a perfect companion piece to Ô Sidarta -- complete with a very similar "kit list" including the welcome addition of an Arp Sequencer, a Korg Vocoder, and a Theremin. With Ô Sidarta, Alain successfully combines more unlikely musical influences, experimental techniques, and previously unheard soundscapes and studio tricks in to one twelve-minute score. Licensed with the full cooperation of composer Alain Pierre and remastered from the original master tapes. 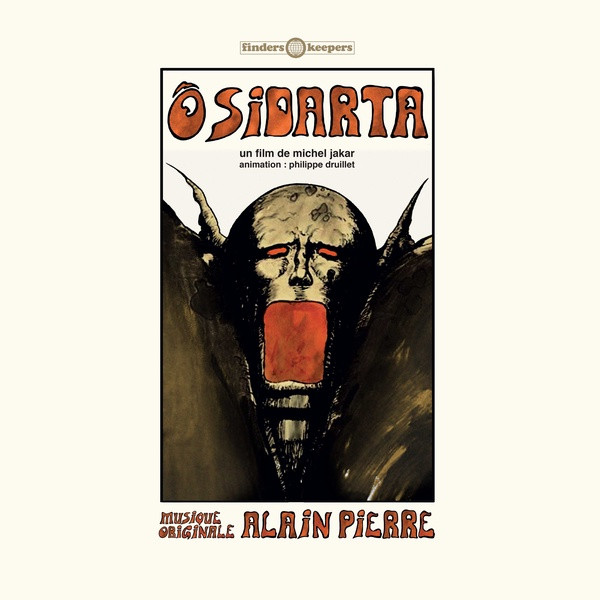