Souffle Continu Records present the first ever reissue of Alain Bellaïche's Sea Fluorescent, originally released in 1976. Frenchman who is on the return from the USA is something unusual. Everything seemed to start out well for Alain Bellaïche: Born in Tunis, childhood in Cannes, studies at the Ecole des Beaux-Arts in Paris, his first folk concerts folk in youngsters' houses and clubs where everyone was well behaved... Then, in 1973, he left for the States. Bellaïche would settle for around ten years, with, as a soundtrack, the two albums that he would record there. Metropolitain (1974), which was the fruit of his collaboration with the Heldon guitarist Alain Renaud, and Sea Fluorescent. In the catalog of Asylum, David Geffen's first label, Bellaïche's music was listed alongside that of the Byrds, Tom Waits, Joni Mitchell, and Bob Dylan. In a Rock & Folk interview, Bellaïche expressed his regrets as to the prudence of French musicians: "I never had a group... perhaps the guys here are not motivated to play this kind of music." It's of note that the influences of the expatriate were, for example, Led Zeppelin, John McLaughlin, Weather Report, Herbie Hancock, The Spencer Davis Group... Bellaïche, a multi-faceted and iconoclastic musician, composed Sea Fluorescent just following his desires: from a cosmic ballad ("St Andrea"), to West Coast funk ("California"), dreamlike Spanish influences ("Spanish Roots"), optimistic blues ("Foolin' Myself"), a solar track ("I'm Angry", "Sun Blues"). And the Frenchman was in good company: Jean-Marie Fabiano (from Fabiano Orchestra) on percussion, Jerry Mahavishnu Goodman on violin on "Got My Place In That Country" or John Hicks whose cascades of notes bring reggae and western closer to the "reassembled" jazz that the pianist was playing at the time. A highly sought-after French jazz funk fusion nugget. Remastered from the master tapes. Licensed from Alain Bellaïche. 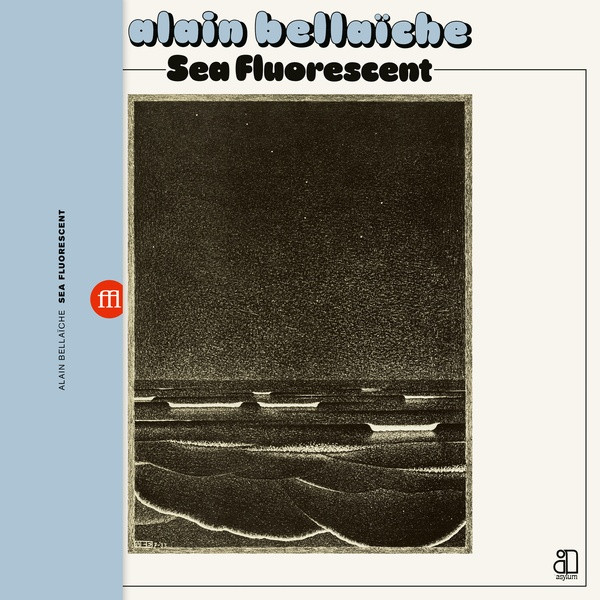