LINEKRAFT is the premier industrial performance unit arising from today's contemporary Japanese underworld. Although active in the industrial stratosphere for many years, Linekraft has quickly developed a reputation as the leading industrial act from Japan through a series of stark, violent, and nihilistic live actions. The roots of these activities surround the lost tradition of "metal junks", a succession of organized and disorganized physical strikes on various oil drums and canisters with long and short metal bars. This existential scrapyard is sped up, slowed down and stained through tape manipulation and layered, replayed, cut apart and reversed in psychic torment of old school analog processes. From this Kafka-esque cage of uninhabitable obstacles an alien and dehumanized voice of pure oscillations cries out equally in anger and despair. Resembling moments of Pacific 231 live recordings from the early '80s. Engineering Analysis of Inner Death is the first full length for Linekraft and it shows he has arrived on record with the same atmosphere of his brilliant performances in the flesh. For fans of Esplendor Geometrico, Vivenza and White Hospital. Deluxe vellum sleeve; clear vinyl. 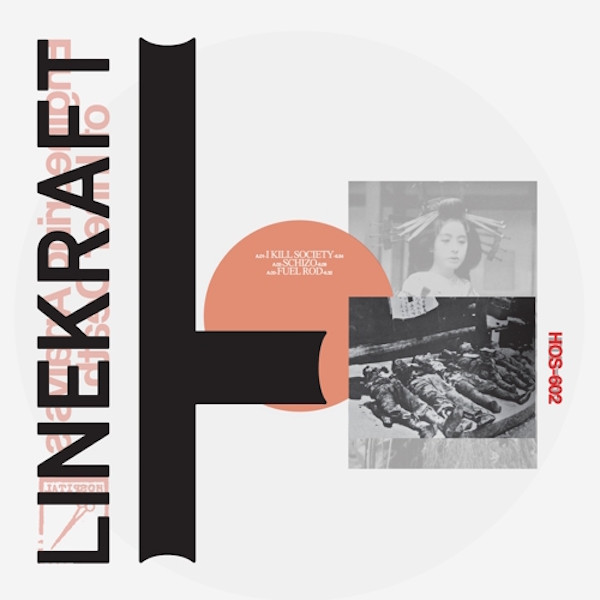