Here is the the first disc (of a proposed 6) that will eventually make up the second "Creelpolation"; the idea was the the original "Creelpolation-1" was a disc each of singles, individual pieces, then sides - so "Creelpolation-2" had to be 2 discs of each, and this, the first disc of singles was the only one to reach fruition (it's a slow, lonely, time-consuming game putting these together; believe you me).

SO; as something of a teaser for the eventual/inevitable, I'm offering these scant few copies of the CP2-1 at the component, per-disc price of $8.00 (meaning when the rest are ready they will each be the same) so you're not missing out on anything, just speeding the plough towards availability. Included here:

Here you will find both sides of the "Yabunirami-No-Concert" single (tracks 1/2), which came with the 1966 Yoji Kuri "cartoon2 c007" book & features the then-couple of Toshi Ichiyanagi & Yoko Ono (on incredible proto-noise ring-modulator harsh noise-blast vocals). This is followed by the Juan Blanco side (track 3) of the privately released 1966 "Estructuras Conmutaciones" single w/ Leo Brouwer, then both sides (tracks 4/5) of Erkki Salmenhaara's 1967 Love-label single "Information Explosion". Right after that (track 6) is the single-side of Kari Rydman's "45 Kierrosta Minuutissa" (1967), covering "HE WHO TWIST" & "Akustinen Harjoitelma".

Then (track 7) it's the first side of the single that came w/ Elisabet Hermodsson's "Mänskligt Landskap Orättvist Fördelat" book, featuring Electronic Music backing by Kurt Lindgren under Hermodsson's poetry. This is immediately followed by both sides (tracks 8/9) of the Jean-Etienne Marie 7" on Disque Ades' singles-series, and it ends with both sides (tracks 10/11) of Jacques Aubert & René Lindekens' "Er Is Altijd Een Vogel In De Ochtend."

At some stage, this entire 6-disc enterprise will be committed to finality, but for now, consider this the Amuse-Gueule of the 5-course meal to come. 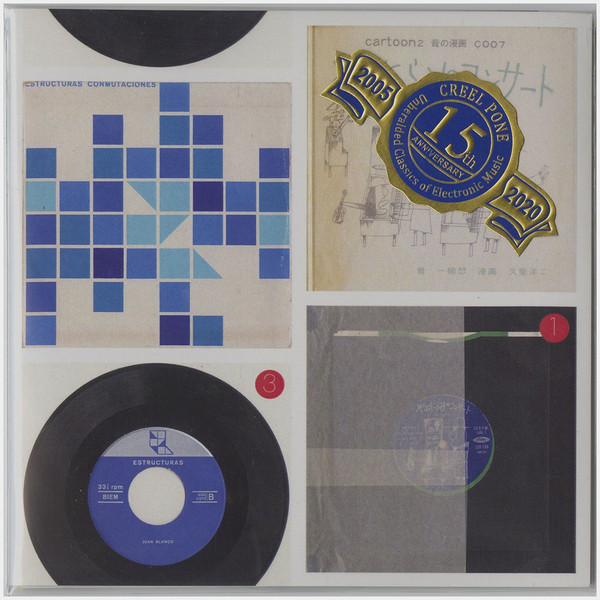 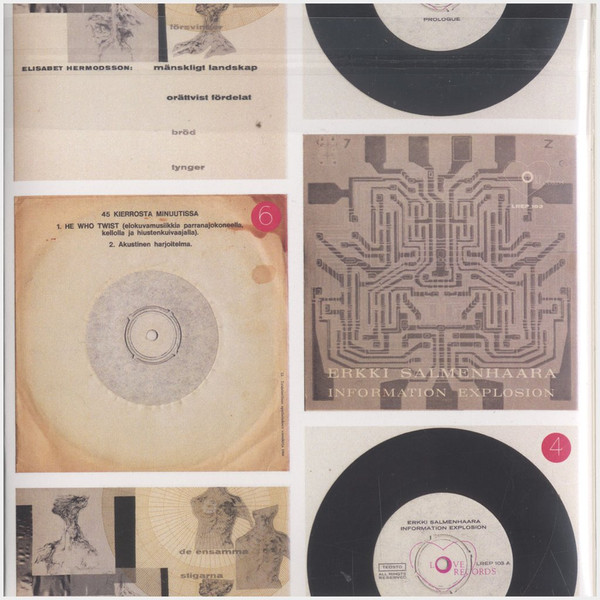