Danish synth duo Videdrones are all about simultaneously channeling of the vibes of maestros, ranging from the epic choirs of Popol Vuh or Fabio Frizzi through the smooth gliding arpeggios of Tangerine Dream or Giorgio Moroder, even into Goblin or Morricone at their most abstract. But there's more to it than mere tribute. Mondo Ferox is the kind of album where electronic instruments take on a life of their own - Constantly in flux, changing direction and pace like that of the lives at the bottom of the sea. It's like a constant overture. These are sounds that the listener knows, but they're turning themselves inside out, bleeding into each other and losing themselves in the flow - Favoring emotion and impulse over logic and structure. Rather than repeating what's already been seen and heard, Videodrones re-melts the voices of cinema into something yet to be imagined.

A1. Main Titles
A2. Blood Brew
A3. Helena Markos
A4. Dødsmitten Fra Mars
B1. Theme From Mondo Ferox
B2. Moebius Run
B3. Hidden Passage
B4. Stalker State
B5. Radslernes Grønne Ø 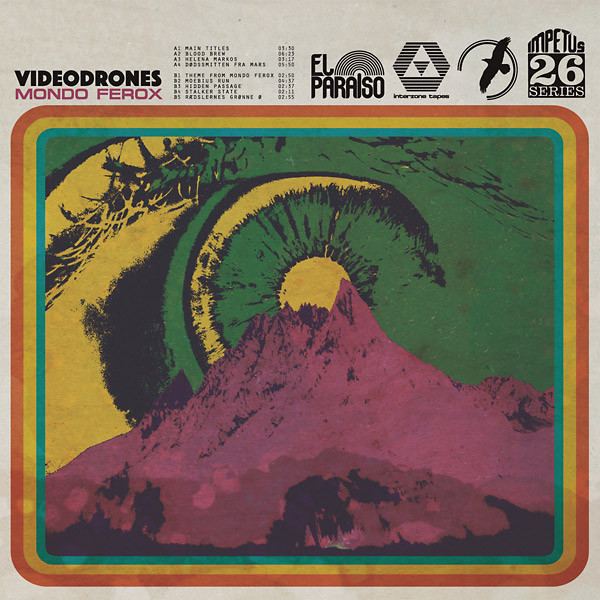