Dominick Fernow laces up his Vatican Shadow boots for the project's first set of drills since 2014 and one of its finest ever transmissions, trampling in the wake of his fierce new Prurient record, Unknown Rains (2016), for Hospital Productions. Reflecting on a world much unchanged, even intensified since his last dispatch, Media In The Service Of Terror works classic Vatican Shadow signatures, measured with increased momentum and propulsive energy, divided into seven parts and imbued with that dramatic melodic arrangements that works beyond the club. Stepping farther away from the floor, he's in scowling, contemplative form with "Ziad Jarrah Studied Mathematics" and at his best when working between spheres, as with the industrial reggaeton roil of "Take Vows" in both its versions, and particularly the pensile atmosphere of "Interrogation Mosaic". One of the best Vatican Shadow drops, bar none. Originally released as a limited cassette in June of 2016, this is Media In The Service Of Terror's first vinyl edition. Features new artwork. Cut at Dubplates & Mastering. 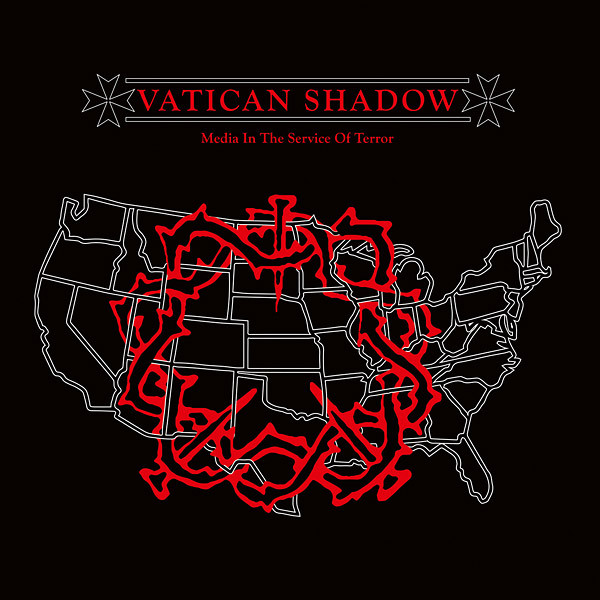