Cacophonic present a reissue of Musique Expérimentale, originally released in 1962. Further concrète explorations from the second generation of forward-thinking sonic auteurs that would push the boundaries of experimental music known collectively as the Groupe de Recherches Musicales, founded by Pierre Schaeffer. Having found a job in 1936 at Radiodiffusion Française (later Radiodiffusion-Télévision Française, or RTF) as an engineer, Schaeffer developed a newly found interest in music and with the blessing of his superiors made the most of his access to the Radiodiffusion Française studios. In 1942 Schaeffer and influential theater director, producer, and actor Jacques Copeau founded the Studio d'Essai (renamed Club d'Essai in 1946) as part of RTF in order to experiment with radiophonic techniques. Drawing on the works of French filmmaker, critic, and novelist Jean Epstein, Schaeffer would occupy his time with the manner in which sound recordings "revealed what was hidden in the act of basic acoustic listening" and in 1948 formally set about his research in earnest. With word of his theories and experiments spreading, Schaeffer was able to press the RTF management to further finance and in doing so expand his research. He recruited a previous collaborator for help, the young classically-trained composer Pierre Henry. By adding sound engineer Jacques Poullin as well, Schaeffer was able to complete a powerhouse, which he renamed the Groupe de Musique Concrète. In 1951, RTF handed the trio the keys to one of the earliest purpose-build electroacoustic studios (the other being the WDR Studio in Germany), furnishing it with state of the art bespoke equipment such as a Morphophone (designed by Poullin; capable of tape loop-delay) and a Phonogène (designed by Poullin; a multi-headed tape instrument). As Schaeffer's notoriety grew and Pierre Henry pursued other projects, RTF underwent a different direction. In 1957, following a particularly prolonged absence on RTF duties, Schaeffer returned unhappy with the direction the group had taken and tabled an idea to revitalize both their approach as well as personnel. As a result, Henry and several other key members left the group the following year leaving Schaeffer to lay the foundations in 1958 for a new collective called Groupe de Recherches Musicales, and recruited new members including Iannis Xenakis, Henri Sauguet, Luc Ferrari, and Michel Philippot. Features works by François-Bernard Mâche, Romuald Vandelle, Michel Philippot, Luc Ferrari, and André Boucourechliev. Remastered; Includes original liners notes translated here for the first time. 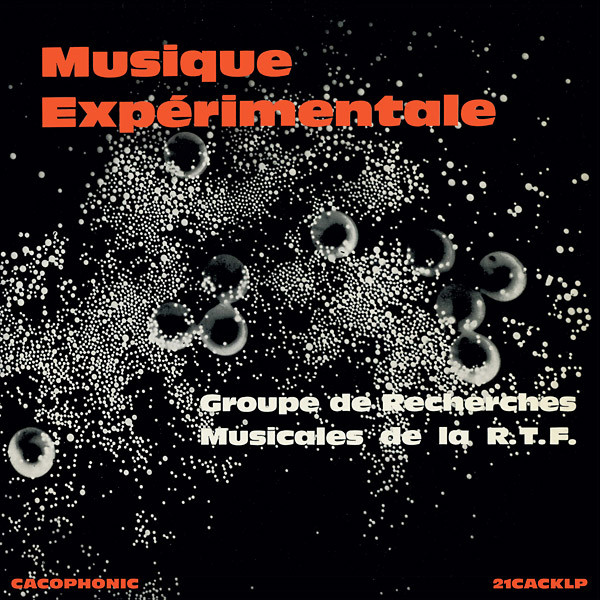