At the dawn of synth pop, an army of machines was ready to inflict a strange defeat on rock. Traditional music from that era could be set ablaze thanks to the new artistic channels that the democratic transition in Spain had forged. Synth pop settled in the urban centers of major cities across the Iberian Peninsula; a feverish start to one of the few labels that can be claimed as genuinely Spanish: tecno pop. An Iberian version of the minimal synth sound that was all the rage in the late '70s and early '80s, a style which encompassed a range of subgenres, some incredibly dark, minimalist, and almost cybernetic. Initially, there was total mimesis, and key references came from Europe, Japan, and the United States. Records by Cabaret Voltaire, Brian Eno, Depeche Mode, New Order, The Residents, or Devo were cherished. But film, poetry, and fashion were also strong influences clearly reflected in the songs of the emerging groups. Many swam the demo tape oceans, without releasing a single record, victims of the record companies' ignorance, although shortly after this rich seam would be exploited to the extent that bands that had only played a couple of times were signed up. This collection seeks to redress the lack of media impact that some of these groups received. These groups released records of the same standard as some foreign releases, even though they lacked technical media and had less musical knowledge. Boundless enthusiasm and energy eventually ushered in the new wave, charged with synthetic rhythms, where guitars took second place to a whole range of synthesizers and drum machines. Many projects scraped by and signed to small labels or set up their own label. Interferencias offers the opportunity to discover tracks that had little impact when they were first released and were then overlooked and even forgotten by most people. The range on this collection is impressive and the songs are evocative and sincere offerings, grounded by kilos of coherence and brimming with infectious melodies and catchy, arithmetic rhythms. Features Todotodo, Oviformia Sci, Última Emoción, WAQ,Justine, Séptimo Sello, Líneas Aéreas, MD, Lavabos Iturriaga, Vocoder, Metal Y Ca, La Mode, Aviador Dro, Kalashnikov, Tomates Eléctricos, Metropakt, El Humano Mecano, Diseño Corbusier, Los Iniciados, and Bola/Banda Electrónica. Includes an extensive booklet with liner notes by Sergio Sánchez (Jazznoize) and artist photos. 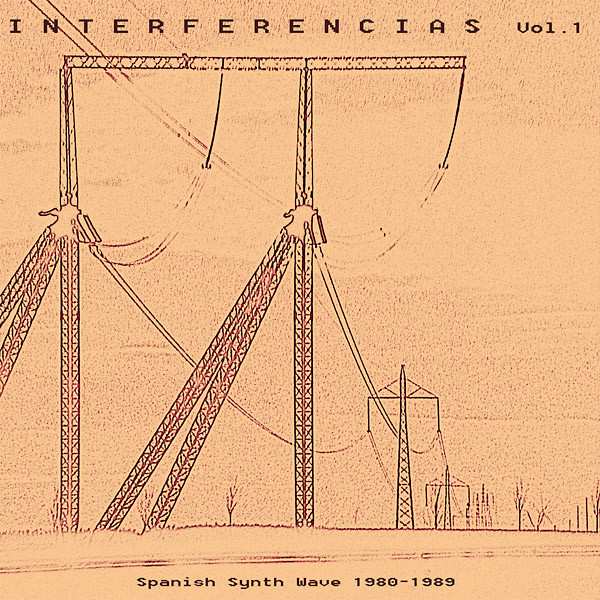