Jörg Buttgereit is a Berlin based writer and director known for his controversial movies. The film that got the most attention and started of his career was no doubt ‘Nekromantik’ from 1987. Nekromantik became an international cult film that was banned in several countries. Two years later, in 1989 Jörg directed ‘Der Todesking (The Death King)’. This experimental style movie, which does not use central characters, explores the topic of suicide and violent death in the form of seven episodes, each one attributed to one day of the week. These episodes are enframed by the vision of a human body, slowly rotting during the course of the movie.

Daktari Lorenz, Hermann Kopp & John Boy Walton make up the holy trio of composers called upon by film maker Jörg Buttgereit. Between the three of them they produced some of the most haunting and beautiful tracks to be paired up with Buttgereit’s controversial on-screen works of art.

The Lo-Fi synthesizer music in the movie is dark and quirky and contributes an essential part of the movie’s atmosphere, and is something you would very, very rarely hear otherwise. The main theme of the movie, “Die Fahrt ins Reich der Menschentrümmer part I-III” is a classical masterpiece. The score for ‘Der Todesking’ displays the dynamic ability and range of the composers. It strikes a perfect balance of beauty, horror, joy and dissonance. The score is both minimalistic and hauntingly atmospheric at the core, and yet remarkably complex at the same time. A wide variety of instruments and sound effects are utilized throughout it’s making.

One Way Static now proudly presents for the first time on vinyl as an expanded release, the complete soundtrack to ‘Der Todesking’. This limited vinyl release contains the original soundtrack (released back in 1990 as a limited 7”EP) and unreleased material sourced from recently discovered tapes. 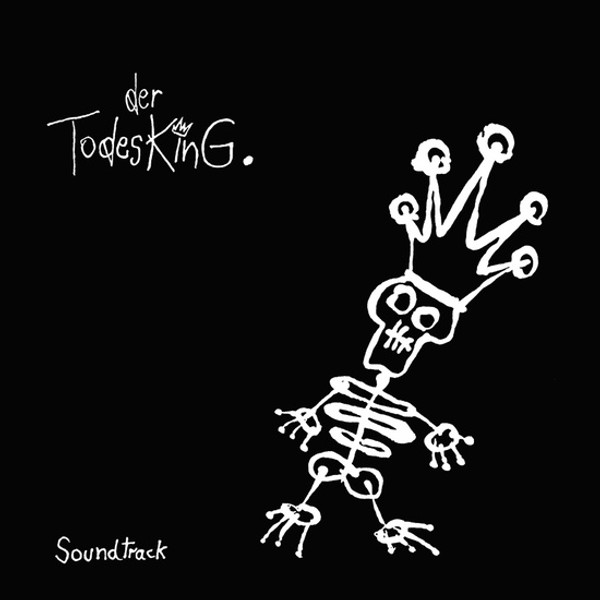