Faitiche is ten years old. October 2008 saw the release of Ursula Bogner - Recordings 1969-1988, for which the label was created. While working as a pharmacist, Ursula Bogner experimented with electronic music, undiscovered, for over three decades. When Jan Jelinek first heard Bogner's work in 2008, he was enthusiastic. The resulting album, compiled by Jelinek from Bogner's extensive oeuvre, is being reissued in a remastered version to mark the label's tenth anniversary. This new version also includes four bonus tracks that were previously only available on a 7" single.

Jelinek on the music's initial discovery:
"It seems incredible that Bogner's musical talents should have remained undiscovered, but in view of her biography, this might have been inevitable. I met Sebastian Bogner, Ursula's son, on a flight, and the usual small talk led to the topic of his mother, who 'liked to play around with synthesizers', albeit purely on an amateur level. Among her acquaintances, it was considered an eccentric hobby and not paid a great deal of interest. Bogner's life seemed simple and bourgeois to the core: she was a pharmacist, wife and mother. This situation made her obsession with electronic music all the more bizarre - an obsession that saw her build her own home studio. Throughout her early twenties, she followed the activities of Studio für elektronische Musik, attended seminars by Studio founder Herbert Eimert, exhibited enthusiasm for Musique Concrète and later shared her children's enthusiasm for new wave. Nevertheless, Bogner never involved herself in any scene, never made her music public. Her compositions, betray few signs of esotericism; they are closer to studies and sketches, humorous and almost silly, rather than tied to any particular school. Nevertheless, it is remarkably hard to grasp or classify her work as a whole. Over the course of 20 years, she dabbled in many different styles, leading to a bewildering variety of titles. In the late 1960s, Bogner started to record her own music on reel-to-reel tapes. Covering a fairly short period of her creative career, this music conveys a peculiar coherence in both form and content, a coherence that reflects her accessible, rhythmic and sometimes even poppy side. My own preference played a part in the selection process, but a further compilation is already in the works. I hope that listeners will enjoy the same exhilaration I experienced on discovery of Ursula Bogner's music" Gatefold sleeve, includes download. 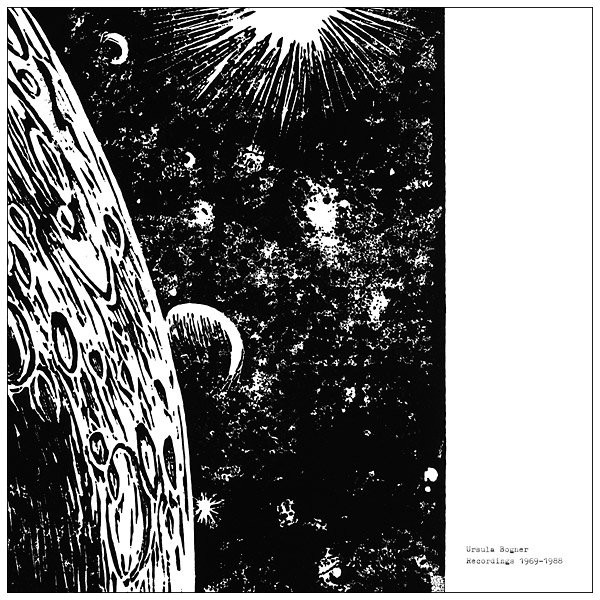