Clark’s name might be familiar as core artist amongst the whole Hearts Of Space melée (alongside Michael Stearns, Kevin Braheny, Constance Demby, Robert Rich et.al) but this 1971 Private-Press set, captured & recorded for a performance & exhibition at the Strasenburgh Planetarium in Rochester, NY is another matter entirely, comprised of deep space drift and pitchless Electronic Sound meant for exploration of spaces inward & outward.

In addition to the entirety of the LP in question, this replica edition includes the Soundtrack from a contemporaneous documentary-style film of the Planetarium performance itself, warts & all, in sparkling negative-fidelity including a ton of errant Moog stabs & interstitial conversation. 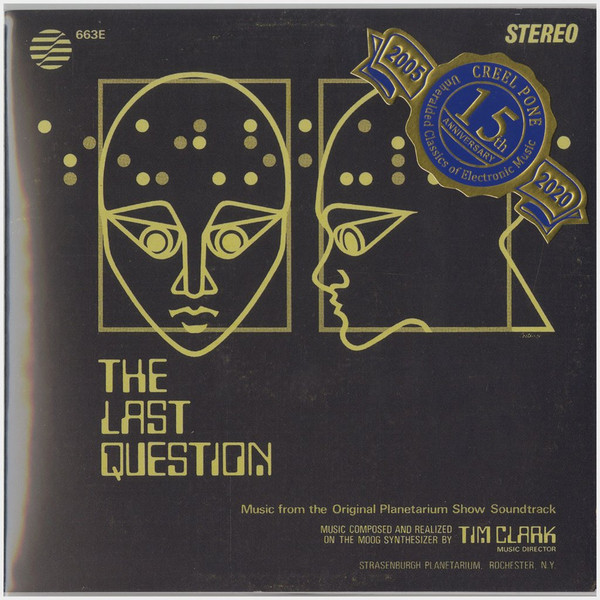 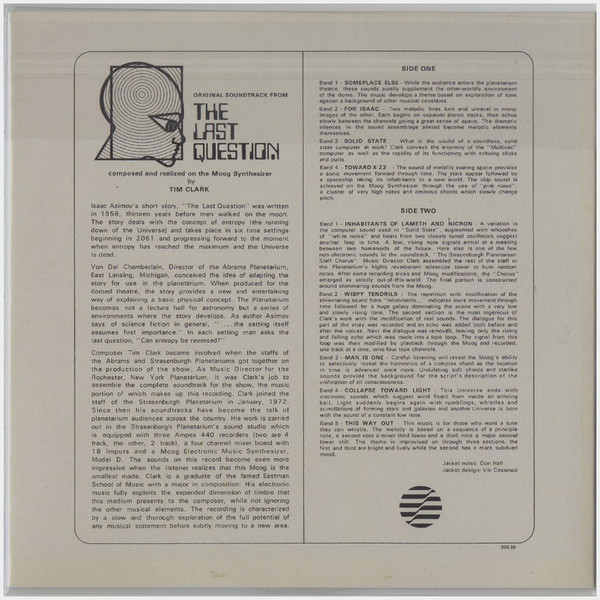