One of the major consequences of Western Europe's post-war Economic Miracle was the proliferation of international travel. Eager to tap into audiences' desire to experience the glamor of the jet set lifestyle, the popular filmmakers of the day rushed to make the most of the exotic locales at their disposal. Arguably no other giallo captured this trend as vividly as The Case of the Scorpion's Tail. The film begins in London, where Lisa Baumer (Evelyn Stewart, The Psychic) learns that her husband has died in a freak plane accident. Summoned to Athens to collect his generous life insurance policy, she soon discovers that others besides herself are keen to get their hands on the money - and are willing to kill for it. Meanwhile, private detective Peter Lynch (George Hilton, The Strange Vice of Mrs Wardh) arrives to investigate irregularities in the insurance claim. Teaming up with a beautiful reporter, Cléo Dupont (Anita Strindberg, Your Vice is a Locked Room and Only I Have the Key), Lynch resolves to unearth the truth... before he too ends up on the wrong end of the murderer's straight razor. The second giallo by genre master Sergio Martino (Torso, The Suspicious Death of a Minor), The Case of the Scorpion's Tail combines stunning views of Athens and the Greek coastline with brutal bursts of violence, a typically tangled script by Ernesto Gastaldi (Death Walks on High Heels), and a cast overflowing with Euro cult talent, including Alberto de Mendoza (A Lizard in a Woman's Skin), Janine Reynaud (Jess Franco's Succubus) and Luigi Pistilli (A Bay of Blood). 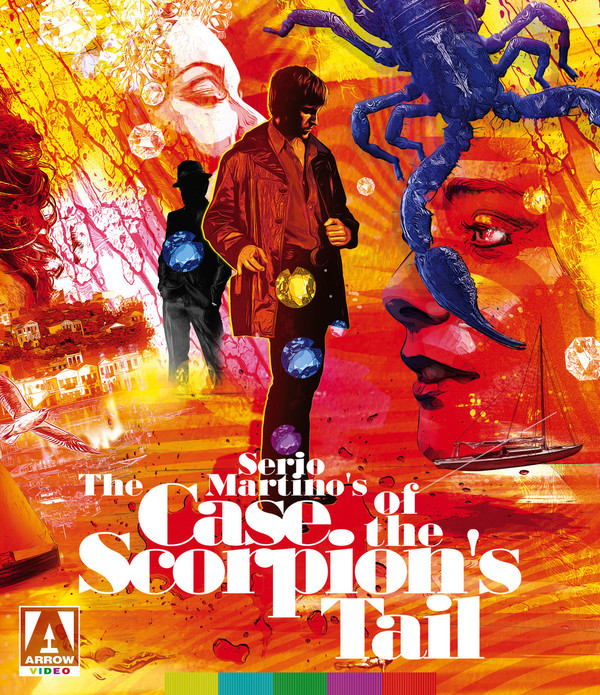