Susana Estrada was one of the muses and main figures from the period known as "Transition" in Spain. No other woman represented better than her the freedom and sexual revolution which the country experienced in the '70s after the end of the dictatorship. A truly erotic Goddess, Susana was a model, singer, and actress and one of the first women to perform fully-naked plays in Spain. She appeared in numerous erotic magazines and movies and her famous sexual counselling column for Play-Lady magazine caused a big commotion at the time. She reached fame with her erotic musical plays like Historias Del Strip-Tease, Muñecas (where she simulated having sex with a robot), and Machos. As a singer, in 1980, Susana released her first 45 for the Belter label from Barcelona: Acaríciame/Machos. Produced by Josep Llobell Oliver and Manuel Gas, it contained two sexy disco tracks which paved the way for her first LP, Amor Y Libertad ("Love And Freedom"), released on the Belter sub-label Sauce in 1981. Produced by cosmic disco pioneer Josep Llobell (Oliver's Planet), this is a real fest of '80s Italo disco, Munich sound, boogie, funk, and modern soul. The fabulous, minimal production of Llobell collides with the sensual vocals and moanings of Susana, singing about sexual liberation and freedom. Criminally underrated for many years, Amor Y Libertad has now become a cult item in the international cosmic disco scene. But in 1980, a strange cassette by Susana called Machos was also released on the Belter label. It featured music and songs from the play of the same name. There, we can find "Espacial" (seven minutes of robotic funk and space cosmic disco) and "Hagamos El Amor" ("Let's make love"), another sexadelic funk track much in the vein of the ones included on Amor Y Libertad. On this compilation, you'll find the entire Amor Y Libertad album except the two tracks which were not in a disco/funk vein ("Ven" and "Arena Y Mar"), plus "Machos" (a Celi Bee & The Buzzy Bunch cover), "Acaríciame" from the first Belter 45, and two tracks from the Machos cassette: "Espacial" and "Hagamos El Amor". Espacial Discos also included a previously unreleased track courtesy of Susana: "Tócame", recorded in 2007, in a High Energy Euro Disco vein. Master tape sound; Insert with liner notes and rare photos (some of them only recommended to adults). 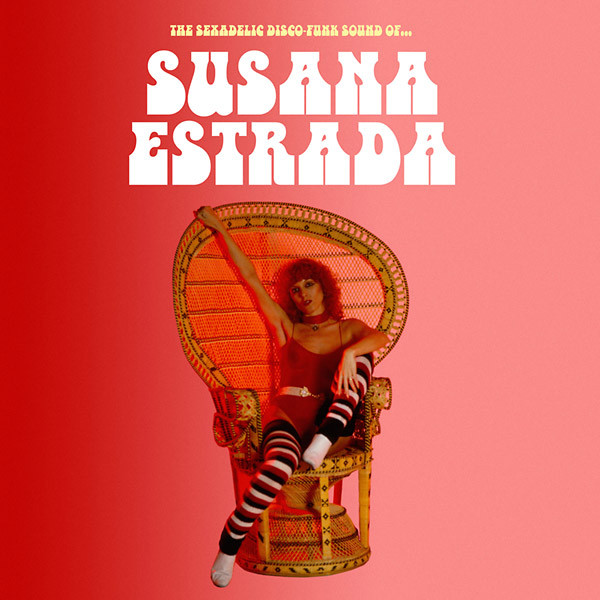 TAKE IT ACID IS (ITALY)