Abduction Records reissue Dawn of the Devi, Sun City Girls' follow up album to Torch of the Mystics (ABDT 055LP). Originally released in 1991 on Majora Records, many who had discovered SCG via the preceding Torch LP were immediately alienated and blindsided by Devi and all the harshness that comes with it. Below, John Olson takes us back to 1991 when Dawn of the Devi premiered in all its glory and obscurity.

"Sun City Girls scan your dome for what they THINK you want but code it for the opposite. If you don't have me at my 'Napoleon & Josephine' then you don't get me at my 'Valentines for Matahari.' Easy to pick and choose your course thru their ridiculous and amazing path, but to fully get verbally abused by Uncle Jim you have to ingest it ALL. In order makes even less sense. Torch is like the APPLEBEES of the SCG catalog. My sister eats there, the appetizers are *good* / they have deals. Devi is after hours dish washing shift at the 'Bees: hurry with a joint out back with the one 'Kool' manager by the grease pit/catch the 11:15pm bus to go home to your loser roommates watching midget porn as they forget to clean up yet again. Everyone wants a wild free ethno-screech RNR unit as their own to mentally catalogue but when it comes to plugging in and actually DOING experiments, all of a sudden everyone wants to be locked into the 'Rock n Roll High School.' The underground should be difficult and on shaky ground -- like your first kiss. What worth is following rules when you make them yourself? That said, Devi and the previously mentioned Matahari are MY SCG. That fucking BASS sound battling with Jim Hall on Walmart 3am desert speed thru ten watts of pure terror peppered with the ????? tin can ethno rhythm confusion of the great late Charlie G with all cylinders blaring in 'four dateless months in winter mode' is my THC in spades. Devi's sprawling anti-social etho-mess aside, the back photo says it all, in loud mid-range volumes: backs turned, duct taped third eyes, audience of three of which two are talking about how to the get the f outta the gig, the WORKS. A band photo can make a record and this is probably the biggest example of it. Like The Fall's Room to Live, everyone stares at their Chuck Taylor's when Dawn of the Devi is mentioned. Fuck, I'd get a tat of that fem-beast featured on the stark cover, thug-life stomach style in a show of prime period SCG pride but I'm puss when it comes to needles & ink son. Me and soldier Jeff Dunn circa '91 would play this sandpapered masterpiece all day and stare at that photo, placing ourselves either onstage or in the audience, fantasizing how wild the experience must have been. Can't tell you how many times I've had my grill blasted by this unholy racket. The playing is incredible and antisocial AF -- timeless but yet perf for a certain era as well beyond inspiring, musically and culturally. Of course people hated it: tuneless, raw, desperate, sprawling, LONG. It's like if SOLGER went to the ghettos of Baghdad to score black tar feedback instead of sketcher punker huts in Seattle at the dawn of HXC. Everything you need for yet another lonely night glaring into an empty closet is inside this grim long player. How it will sink into the ten second modern digital era of attention is anyone's guess but it's bound to boil and microwave one kid's brain. And I'll def be hunting said kid down to shred with. Also, the fact that I can call the two remaining GIRLS friends and jaw about Sag-nasty with em makes the cake even sweeter homeboy. LONG MAY THEY ISOLATE." --John Olson, May 2018

A1. The Kissy Sting
A2. The Court Magicians of Agartha
A3. My Dinner With Rangda
B1. Cad Walleder
B2. A Target Silhouette Punished Blameles 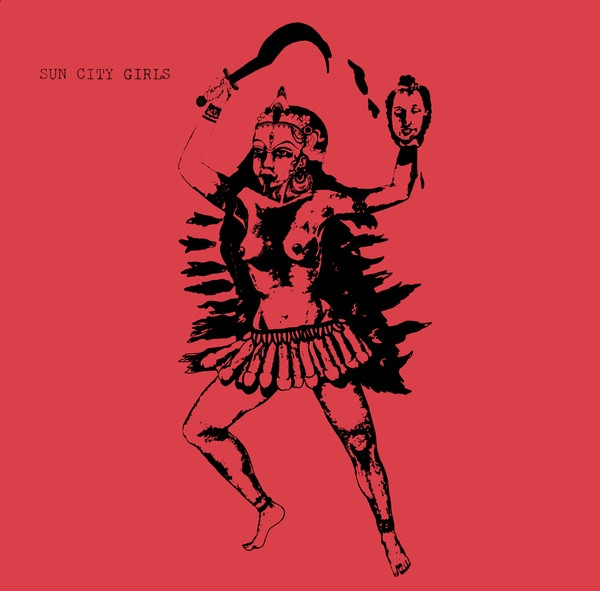