Originally issued in 2011, Ashcan Copy is the third instalment in Rashomon’s Film Music series of LPs. Cineploit Records is proud to present this re-release, and to introduce the record to a wider audience than the 150 lucky souls who snagged a copy of the ultra-limited initial release on Hlava Records.

Active since 2009, Rashomon is the solo project of Matt Thompson, also of Cineploit mainstays ZOLTAN. This is his second release on the label under the Rashomon name, following 2014’s LP/DVD extravaganza The Cameraman’s Revenge: Film Music Vol. 4 (Cine 09) – the final release in the Film Music series to date.

The previous edition to this, 2009’s The Finishing Line: Film Music Vol. 2, had focused on re-creating the psychological mind-state of the wilder end of 1970s British public information films. By way of change Ashcan Copy is presented as an album of soundtrack cues fromfilms that were, for one reason or another, never released. The films, hailing from Italy, Japan and the USA (among others) supposedly date from the 1950s to the 1970s, and were (according to the extensive sleeve notes) exactingly sourced from film archives across Europe. In reality, all the music is self-composed. The eight tracks include elements of noise, folk, psychedelia, prog and noir-jazz within their elaborate constructions, created with a panoply of instrumentation including Mellotron, zither, home-made percussion, Fender Rhodes, harmonium, MiniMoog and more. Delicate and sensuous, heavy and oppressive – the record negotiates these musical contradictions while retaining a single-minded pursuit of strangeness and surprise.

Having finally found its spiritual home on cinematic specialist label Cineploit, Ashcan Copy can at last be heard by all. 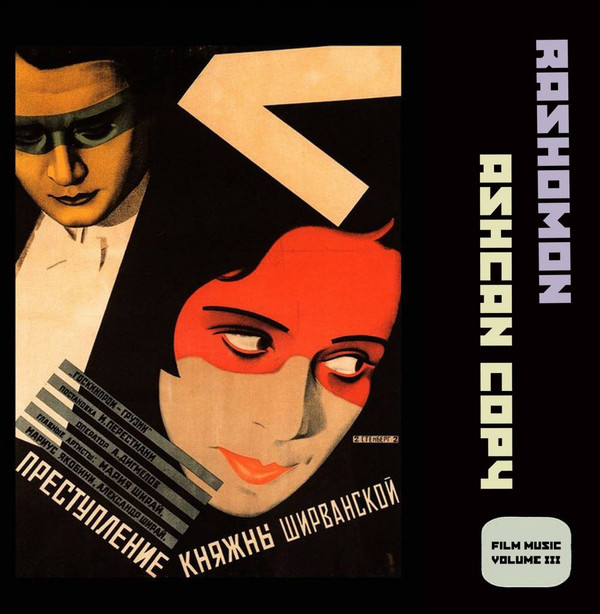