One of Prurient's most captivating raids on the borderlands of power noise and symphonic doom rears its furious head once again for this gatefold reissue on Hospital Productions, ten years on from its original release on double tape and then as a single vinyl pressing for the legendary Load Records in 2007. Pleasure Ground stands as a key part of Prurient's golden quadrant alongside The History Of Aids (2002), Black Vase (2005) and Cocaine Death (HOS 232CD/HOS 410LP, 2008), its immolating rage renders Ian Dominick Fernow at an early crest of his energies, consolidating the hi-pitch intensity and bile of his idols, Whitehouse, with the majestic, meditative inspirations of black metal and a more personalized bloodlust for unheimlich synth tones and pulsating electronic undercurrents. Its four long tracks are riven with the paradoxes that make Prurient's music so compelling and practically a genre unto itself, meting out a sound in "Earthworks / Buried In Secret" that's simultaneously nerve-gnawing yet bleakly tender, or weighing up caustic harshness with a melodic vulnerability in "Apple Tree Victim" that appeals far beyond the bombed-out no-man's land of pure noise to intersect with the entrails of EBM in the raging but poised thunder of "Military Road" - one of his finest moments, bar none - and cold-wave pop and fetishistic synth themes in "Outdoorsman / Indestructible". If you're willing to bite down, you will find a depth of bittersweet flavor submerged beneath the tidal waves of white noise filled with nuance and vulnerability, slowly dragging you into the abyss. Ultimately though, there's no mistaking that in the end Pleasure Ground is just unflinchingly fucking heavy. Housed in a deluxe, reverse-board gatefold sleeve. Mastered and cut by Barry Grint at Alechemy. 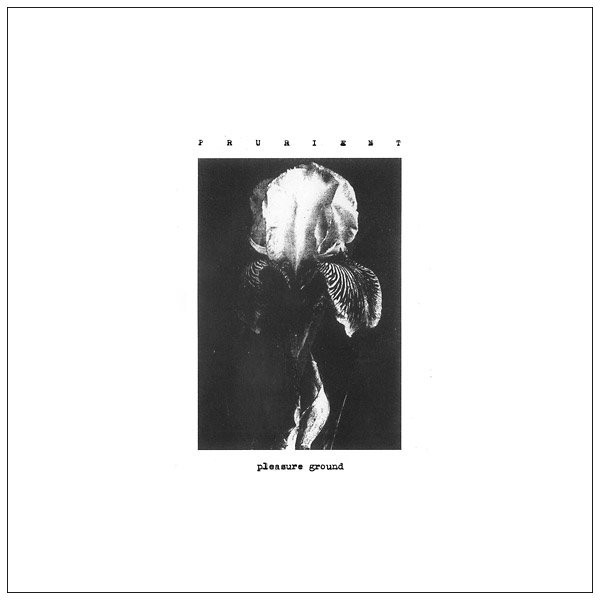