On the 11th anniversary of its original release, HELLS HEADBANGERS is proud to present a long-overdue reissue of PROFANATICA's The Enemy of Virtue as a deluxe double LP and double CD. This new edition of the already-staggering The Enemy of Virtue adds PROFANATICA's songs from the Trampling the Holy Faith four-way split album in 2008 - regarded by many as some of the band's best songs ever.

Originally released just as PROFANATICA were about to mount their monumental comeback with Profanatitas de Domonatia, The Enemy of Virtue was a timely reminder of just how pioneering this American black metal was - and was about to continue being.
Begun in 1990, PROFANATICA were arguably the first true American black metal band. Their ever-unique brand of primitive, bulldozing filth would greatly vary from the early '90s Scandinavian wave that was just about to kick off; many misunderstood it and even harbored hatred for the band, but PROFANATICA nevertheless found a fanatic cult following. Sadly, they would break up in 1992 just after completing what would be their debut album. However, that cult would grow as the decade went on and other, softer iterations of "black metal" would begin to tire with underground dwellers, setting the stage for the band to return with the vile 'n' virulent Broken Jew EP in 2002. And that's precisely where The Enemy of Virtue came in: collecting PROFANATICA's classic demos and EPs, as well as their half of the legendary split album with Colombia's Masacre, the Broken Jew EP, and most enticingly, unreleased recording sessions from 1992.

Continuing the momentum laid forth by PROFANATICA's critically acclaimed fourth album, The Curling Flame of Blasphemy, no better time to hear where the legend began with The Enemy of Virtue!

Pressed on traditional black vinyl. Comes in a 16-page hardcover bound book (much like ARCHGOAT's The Aeon Of The Angelslaying Darkness) with gold foil print and UV spot gloss. 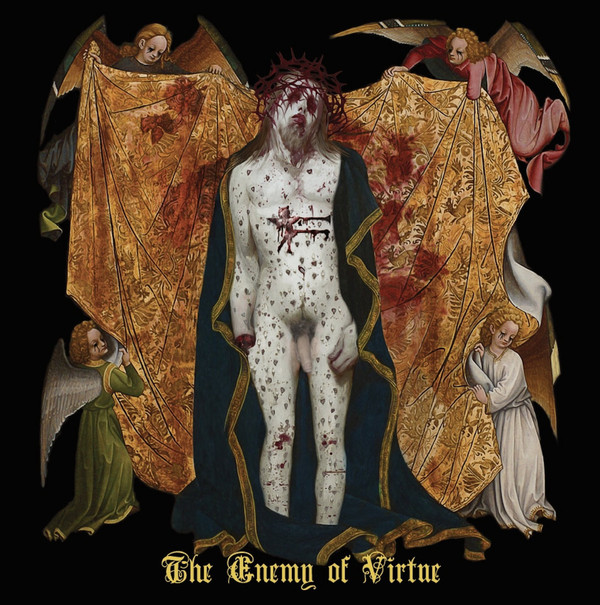