In a small village in Emilia, pastor Don Camillo (Terence Hill) and Communist Mayor Peppone (Colin Blakely) are from opposing political factions and are invaluable friend/enemies. They clash at every opportunity, which often ends up in a fight -- as in the case of the football game played by teams which they had trained. Obviously, the mayor is not happy with Don Camillo's behavior and threatens to transfer him to a remote mountain village. This is a remake of the movie Don Camillo (1952) by Julien Duvivier. It was Terence Hill's first time behind the camera and he wanted to make the action between Don Camillo and Peppone take on a more modern feel, which better suited his style. The story is set in recent times, with a sportier priest (he skates in the church), and embellished with classic fist-fights (as in the football game scene). There are also some small cameos by famous Italian ex-footballers, including Roberto Boninsegna, Roberto Pruzzo, Luciano Spinosi, and Carlo Ancelotti. Ancelotti was a soccer player for A.S. Roma and former coach of teams such as Juventus, Milan, Chelsea, Paris Saint-Germain, and Real Madrid. He is now the current coach of Bayern Munich. Music by Pino Donaggio; Conductor: Natale Massara; Producer: Roberto Danè. In this new edition Digitmovies honor the original editing of the album released in 1984 by Senso Unico. 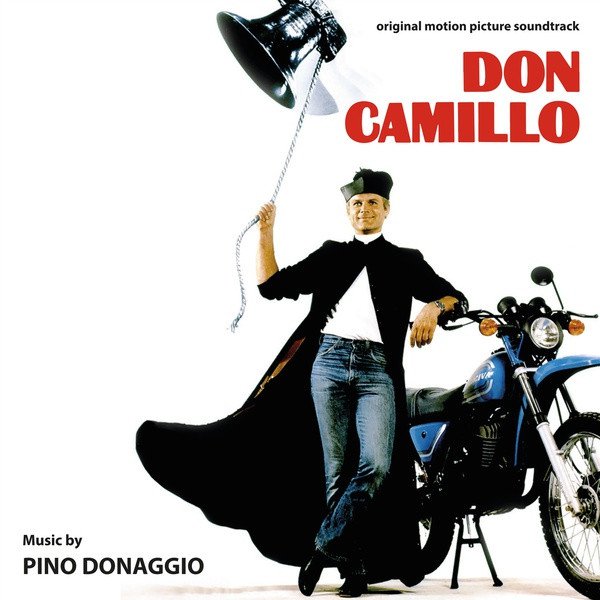