Cinedelic Records present a reissue of Piero Umiliani's sound track for the 1981 film Bollenti Spiriti. Bollenti Spiriti is a film by Giorgio Capitani, one of the most prolific directors of the Italian sexy comedy genre, starring Johnny Dorelli and Gloria Guida. Maestro Piero Umiliani recorded the soundtrack in his innovative Suono Work-Shop Studios in Rome, fusing his love for jazz -- a genre that since the '50s has been a leading figure in Europe -- and his unmistakable arrangements. Cinedelic Records reprints it here for the first time in a limited numbered edition.

A1. Sophisticated Comedy
A2. Romantic Piano
A3. Funny Ghost
A4. California Mood
A5. Society Life
A6. Too Much Funk
B1. Dixie Time
B2. Old Fashioned Tango
B3. Sweet and Warm
B4. Slapstick
B5. Hammond Quotation
B6. Curtain Up!
B7. Final Kiss 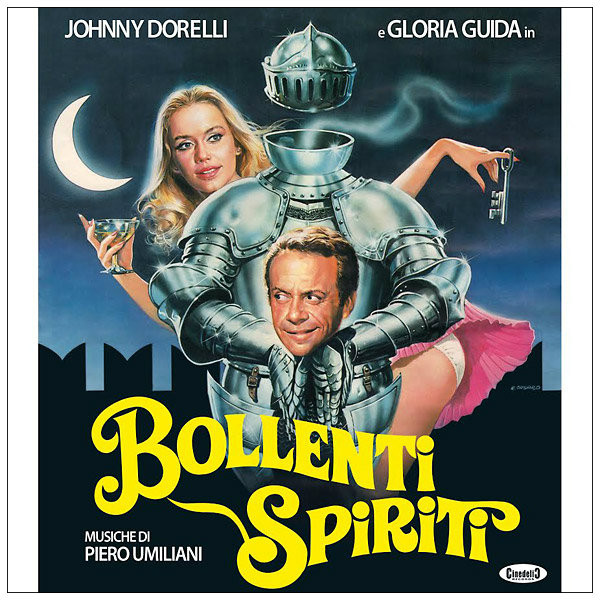