Bruce Lee‘s very first epic The Big Boss (aka The Fists of Fury) is the film that skyrocketed his career. It was premiered in Hong Kong in 1971; its international success, however, did not begin until 1973.

Convinced that the original Chinese score would be a far cry from European conventions and thus way to oriental for sensible ears of Westerners, the German film distributor hired Peter Thomas to compose an entirely new soundtrack. And thus, history was made: From then on, with the exception of China, it was this new soundtrack that scored the film worldwide, becoming the "proper“ music of The Big Boss in no time.

A lot has happened since this very special soundtrack was released for the first time back in 2010. Consequently, an improved re-release was long overdue. Thorough forays into the depth of Peter Thomas‘ archives unearthed four long lost tracks and one longer version of one of the film’s pivotal compositions. Both replace the former edition’s bonus tracks that once were originally created for the movie but never made it onto the actual score.

Tragically , in the midst of production, Peter Thomas passed away on May 17th, 2020 in Lugano, Switzerland, aged 94. This album is dedicated to him as well as to the memory of Bruce Lee who would have turned 80 on November 27th, 2020.

Illustrations on the LP’s gatefold cover are courtesy of the ingenious talents of Adrian Keindorf. The LP comes as 180g standard black vinyl 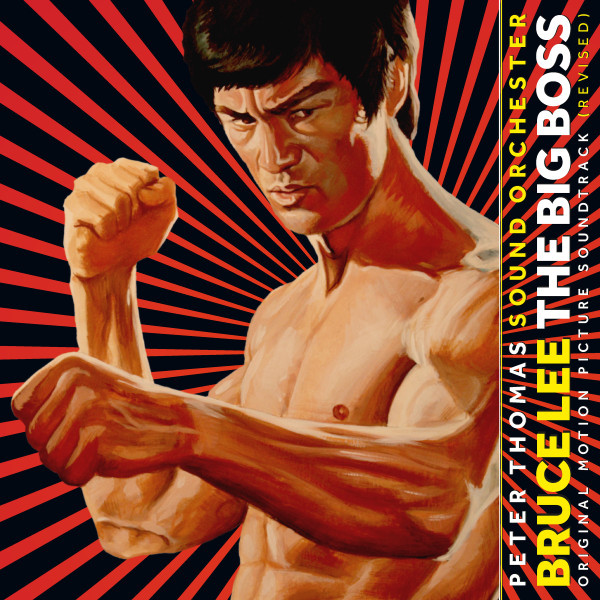