Never before released score for Nicolas Winding Refn's infamous movie Pusher 3: I'm The Angel of Death from 2005, composed by legendary Danish punkers Peter Peter (Sods) and Peter Kyed. Refn's three Pusher films endure as the most important Danish gangster films ever made. They revealed a gruesome, desperate national underbelly that had not been depicted on screen before, and they single-handedly anticipated the dark aesthetics of so-called ''Nordic Noir'' that took over the world in the two decades that followed. The films launched the international career of Mads Mikkelsen, unrecognizable in the early role of skinhead thug Tonny. The films are driven by a jagged, schizophrenic tempo, anxious atmosphere, and explosions of catharsis, a vibe Refn engineered with the close collaboration of Peter Peter and Peter Kyed. The audio and the visuals are inseparable. Since late '70s, Peter Peter casts a long shadow over the Danish punk underground, embracing the aesthetics and possibilities opened up by that period, from post-punk to goth, noise, art rock and free jazz. Peter's invigorating, almost optimistic attitude about the possibilities of sonic violence is a crucial early influence on Refn, and Peter Peters group Bleeder even inspired the title of Refn's movie by that same name. In Pusher 3, guitar noise, pulses of static, and ghostly piano figures tail the terrorizing stress of Milo (Zlatko Buri&#263;) through the film. Crystalline synth soundscapes offer temporary, untrustworthy relief, a nauseous kind of peace. The soundtrack is a sonic companion to heroin relapses, birthday party preparations and the carving up of rivals. 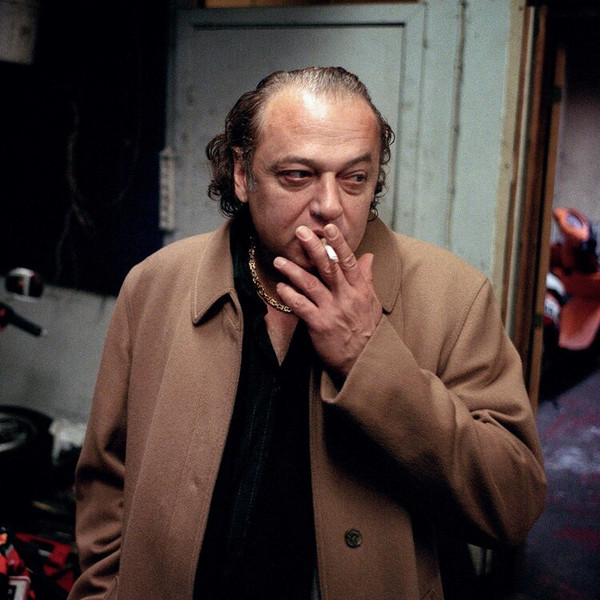 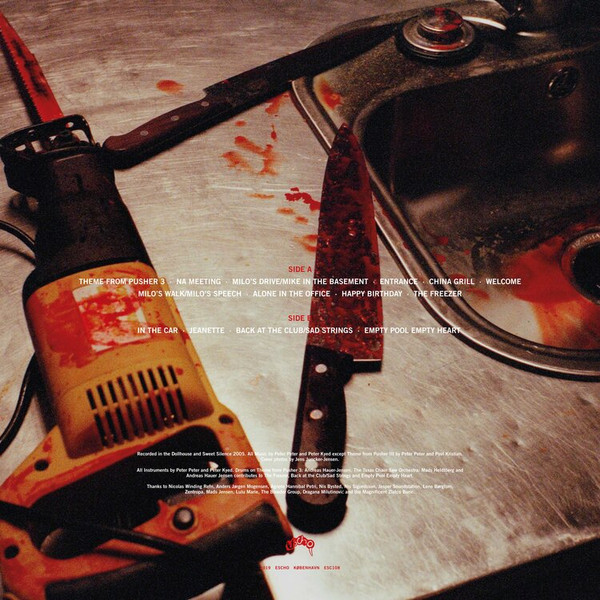