The soundtrack appears here for the first time on vinyl; Edition of 300. Digitmovies presents the original soundtrack by Nico Fidenco for the film Blue Jeans. An EP single (RCA, TBBO 1114) was originally released with the songs "Blue Jeans" and "A Final Step", performed by the group Cyan, which open sides A and B. For this LP, Digitmovies used the original tapes in full stereo that were preserved in the RCA archives. Nico Fidenco composed a pleasant soundtrack with a pastoral flair which is dominated by the main theme, a romantic ballad where you hear a faster and slower vocal version. It is then reprised with different instruments: cheerful and rhythmic flute, harmonica and orchestra, harmonica and strings with a touch of country, harpsichord, and classic guitar. Directed in 1975 by Mario Imperoli, Blue Jeans starred Gloria Guida, Paolo Carlini, Annie Carol Edel, Gianluigi Chirizzi, Mario Pisu, Marco Tulli, Barbara Betti, Rino Bolognesi, Domenico Bua, and Mario Di Girolamo. 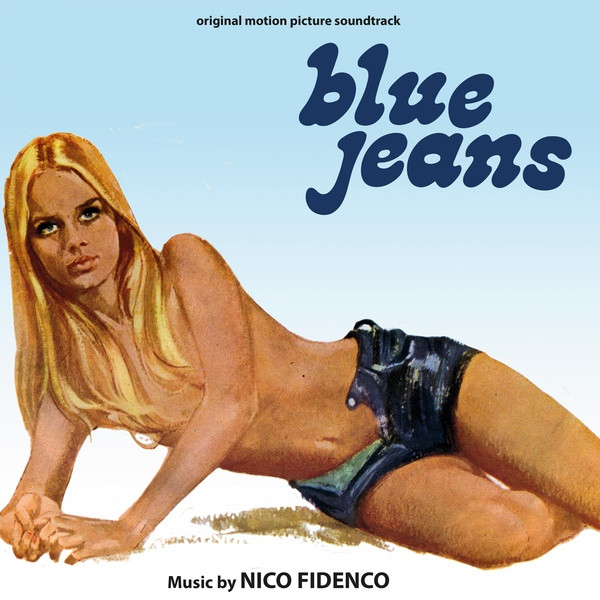