A jazz & rock rumble! Nicholas Carras’ powerhouse score for this angst-filled flick is a tapestry of sounds from fast, jazzy pieces, dark and suspenseful moments, breezy traveling music, and the optimistic ending. The soundtrack also features the earworm of a title cut that will have you pappa do do wah-ing along. Included here is a zine-style insert and a DVD of the outrageous original film, with a special Modern Harmonic edit made to sync with your LP! Another specimen from the glorious power triad of Modern Harmonic, Something Weird Video, and the Nicholas Carras estate.

Date Bait joins Mr. Peters’ Pets and High School Caesar as part of the Nicholas Carras Soundtrack Collection created from the vast collection of reels the estate preserved. All make their first LP soundtrack debut and all come from the Carras reels through Kevin Gray at Cohearent Audio and onto colored vinyl at Third Man Pressing. 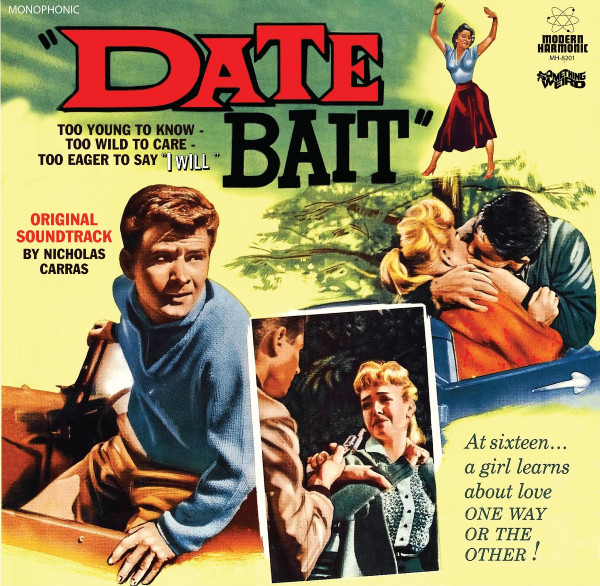 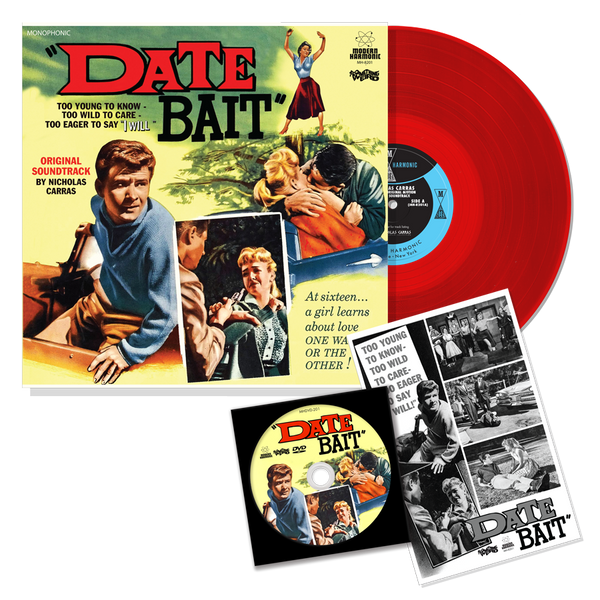