Arsivplak present a reissue of Matao with Atilla Engin's Turkish Delight, originally released in 1979. It's a Turkish jazz-funk delight! Some hard-hitting rhythm section blending into a prime example of the swingin' sound of the cool influences of jazz, funk, and folk music, with a Turkish flavor. Its fantastic funk jazz groove built on a titanium synth bassline! An instrumental library of traditional Turkish jazz session reaching a great climax in drums and percussion sets, plus electro-bass breaks with Moog and synthesizers from the beginning to the end. Traditional Turkish songs based on drums and synth bass over moody 5/8 fuzz guitars... Album recorded and released in Denmark, 1979, and it has never been released in Turkey.

A1. Anadolu
A2. Cool
A3. Dancing Darbuka
A4. Bre Hasan
A5. Turkish Delight
B1. Rain In Spain
B2. Take Care Of Your Baby
B3. Seventeen Small Chinese Guys
B4. Daldalan 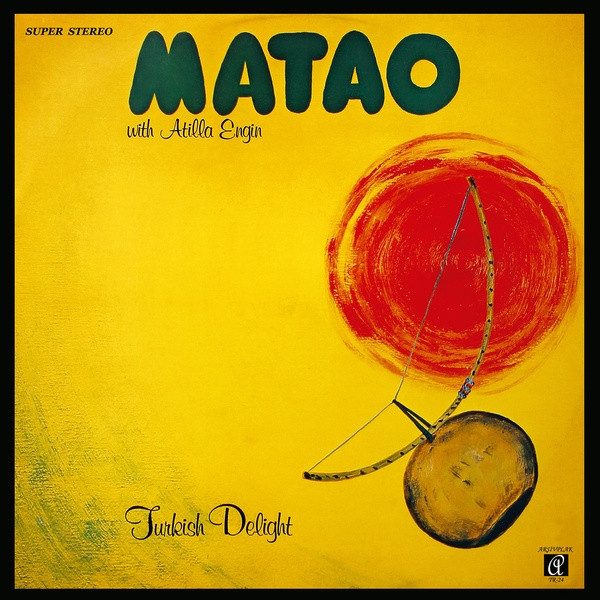