The first ultimate nihilism left by the golden combination of Okamoto Kihachi and Sato Masaru is here! The sword of ruin of Japan's era of dramatic history, "Majusatso Pass" first CD alone The incomplete epic story "large bodhisattva pass" which was made into a movie one after another in the late 1950s. Among the visualized works, a monster that has a staggering ambience, a 1968 Okamoto Kihachi director's version "Large Bodhisattva Pass" was made the first CD! In overseas, it is a cult style popularity in the title of "Sword of Doom" This work that boasts of this work, the humid atmosphere and madness floating in the whole film has transformed it into a psycho horror too much to call this work as a historical drama! "Director Guillermo del Toro of" Pacific Rim "also , Marvel Comics original "Blade 2" (2002) dedicated a homage to this work. Director Hideaki Amano of "Evangelion" is also known as an enthusiastic fan, "Man who can take the most enjoyable movie in Japan" Okamoto Kihachi, the music is Masaru Sato, who also worked on the original guard "Bouncer", "Yang" and "Sun" Although it is a name combination, the soundtrack is finished in a jet black movie music as if their dark side erupted. This time we also decided to master the treasure from the original 6 mm master tapes. In addition to all the sound sources used in the main story "big bodhisattva pass", the very decision board which recorded all existing things such as unused take! 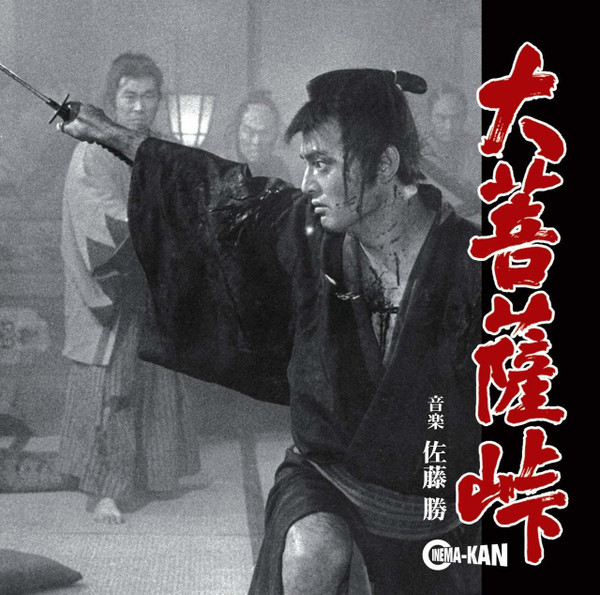