Marti Caine’s infamous Point Of View is a groovy blend of slow-mo funk, dark disco and precise pop. Originally released on BBC Records in 1981, it has attracted a considerable cult following this century. The odd charity shop score aside, it has been impossible to find a copy for less than eye-watering sums (often selling for over £200) and, as such, it’s an honour to present the first officially licensed vinyl reissue of this sublime record. Featuring expert liner notes written by Bill Brewster – perhaps the record’s most notable champion – this lovingly curated release is limited to just 500 copies.

Marti Caine was a popular UK TV entertainer in the late 1970s onwards and Point Of View presented her with an opportunity to proceed in a hip direction by working with British R&B heavyweight Barry Blue. His legendary reputation was secured with a string of great records, among them the first three Heatwave albums, the Balearic hit “Afro Dizzi Act” by Cry Cisco and the cult smash “Breakin’ In” by Javaroo. However, despite the array of talent working on the album, Point Of View sank without trace at the time. It’s something that Blue attributes to the bizarre way BBC Records worked, and he entertainingly expands upon this within the liner notes.

Musically, the highlights are many and memorable. Its most notorious track is the sublime soul stepper “Love The Way You Love Me”, the reason most people covet this album so profoundly. However, from the dark dubby disco of “Snowbird City” to the moody ballad “Love Is Running Through Me”, the lesser heralded tracks are nothing short of exquisite. Indeed, the chugging elegance of sleazy disco opener “Can I Speak To The World Please?” showcases a string-drenched strutting-funk that would’ve been enviable the world over. It’s that good.

The outlandish artwork – presenting a striking, green-eyed Marti treating a tiger to a headlock – has been faithfully restored and is arguably worth the price of admission alone. With access to the original tape transfers, Simon Francis’ sensitive mastering elevates the sound throughout and, as ever, it has been pressed at a reassuringly weighty 180g. Sadly, Marti died of lymphatic cancer at the tragically early age of 50 in 1995, so is not here to experience what we hope will be a long overdue reappraisal of the hitherto underheard genius of Marti Caine, the singer. 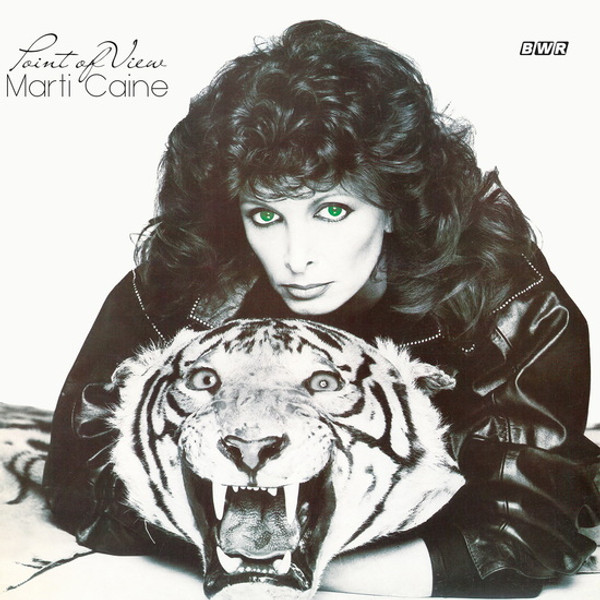