Inspector Mark Terzi, who is acting incognito under Mark Patti, gets hired in Rome by terrorists Paul Henkel (John Steiner) and Olga Kube (Marcella Michelangeli). His mission leads him to Vienna without knowing what it will be. With his austrian colleagues and the shady US Agent Altman (John Steiner) Terzi tries to discover the planned attack. After a murder attack were he should have been and isn't by accident he realizes somebody plays wrong. Shortly after the terror attack with Terzi´s participation is taking shape… ..

The third installment in the (incoherent) "Mark" series from director Stelvio Massi and probably the best of this short lived series. The Massi attributes like great action, fine camera and a solid story are coming to perfection in this film. The solid police thriller story does also include a political context exceptionally played by John Steiner and Marcella Michelangeli covering the political Zeitgeist with the RAF and Brigata Rossa.

The story is set in Rome, Vienna and Milan and was also shot on original sets. Leading actor Franco Gasparri plays a strong lead and is greatly supported by John Saxon, Paul Muller and the two Terrorist Leaders Steiner and Michelangeli.

Completed by a typical and very fine Stelvio Cipriani score. 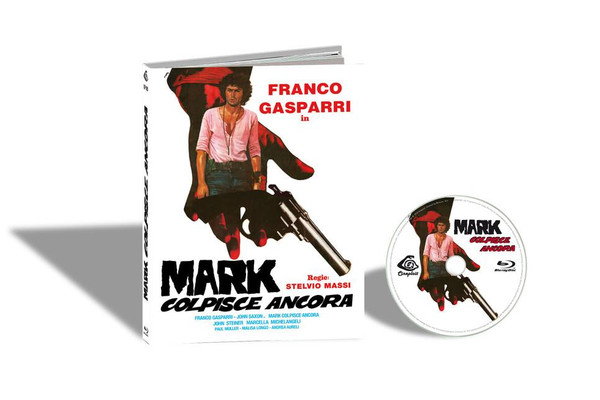