Ayahuasca: Music for Film, by Luis David Aguilar (1978-1983) compiles works by Luis David Aguilar, one of the most prolific composers of film scores in Peru. It shows the great versatility and avant-garde style that has distinguished his work. Luis David Aguilar (Arequipa, 1950) occupies a fundamental place in the history of film music in Peru, not only because of the prolific nature of his work (which also includes music for television and advertising), but because of the singular, experimental style found in many of his scores. Aguilar's music blends modern academic composition with the use of native instruments, synthesizers, sound collages, and a diversity of resources, which identify him as a key figure to understand a period of Peruvian music marked by the imprint of the avant-garde and the use of native sounds, which developed during the late '70s and the early '80s. Aguilar belongs to the so called "Generation of the '70s", along with Peruvian composers such as Walter Casas, Seiji Asato, and Aurelio Tello, who were then immersed in the languages of contemporary classical music. But he also shares the spirit of renewal of a generation of musicians who came from the world of jazz and electronic experimentation such as Manongo Mujica and Arturo Ruiz del Pozo. Ayahuasca is an album that collects pieces from 1978 to 1983 and offers an overview of the different musical paths that Aguilar followed during his career as a soundtrack composer. The album opens with music from the film El viento del ayahuasca (The Wind of Ayahuasca) (1983), by director Nora de Izcue, performed by the National Symphony Orchestra and Choir of Cuba under the baton of Luis David Aguilar, with Chucho Valdés on piano. It is an ambitious orchestral and vocal composition, in which you can hear the beginning of the famous melody of "Mujer Hilandera" (Female Weaver), popularized by the Amazonian cumbia group Juaneco y su Combo. The next track is the music for the documentary Anónimo cotidiano (Anonymous Everyday) (1979), by director Jorge Rey, a unique experimental piece for synthesizers (played by Aguilar), drums and percussion (played by Manongo Mujica), with the addition of various Andean instruments (panpipes, charango, among others). And finally, Los Constructores (The Builders) (1978), by director José Carlos Huayhuaca, a salsa which incorporates unusual sounds of tubular bells and prepared pianos. Remastered audio from the original reel tapes by Aldo Montalvo. Includes a booklet with notes by Luis David Aguilar; edition of 300. 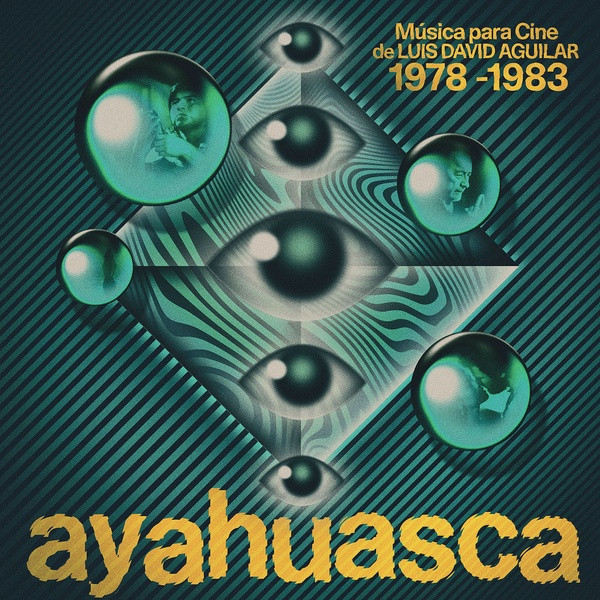