Capturing the four soundtracks conceived in 1975 for the multimedia/audiovisual performances at Galiéra Museum in Paris, the previously unreleased Labyrinthe de Violence stretching across two LPs represents a peek into Luc Ferrari's creations connected to his Atelier de Libération de la Musique experiences. Luc Ferrari was always keen to disrupt habits and engrained practices, to open his mind to new ways of apprehending the world of art, considering it not so much as a separate realm but as an inroad into society. In keeping with the spirit of 1968, he advocated taking part in daily life, casting a critical, but amazed, eye on the world around us, and always questioning the meaning of the occupations and preoccupations the world imposes. From the 1970s, Luc also wished to shed the solitary status of the artist, and to truly communicate with society. He thus gathered around him a group of people from different backgrounds with an aim to create, together, new ways of working and new forms of expression that would address unusual audiences rather than traditional concert audience. Having created his Studio Billig in Paris in 1973, Luc wanted to make the most of that place to promote exchanges with other artists, to share, think, and improvise together. This is what gave rise to the Atelier de Liberation de la Musique workshops, whose objective was to "Liberate music from the constraints of style and esthetics." The idea was precisely to free the artist from abstraction, leading him to perform accessible and intelligible actions; to promote the imagination; to use the dramatic dynamism of sound and image to trigger ideas; to ignore the sensational and instead to observe our social environment and daily life with an intuitive eye-ear; to invite the visitor to come up with their own analysis. This craving for collaboration led Luc Ferrari to create, in 1975, a collective of musicians with Martin Davorin Jagodic, Philippe Besombes, Alain Petit and David Jisse. That year, they worked at Labyrinthe de Violence, a looped audiovisual labyrinth which evoked the violence of contemporary society, and was a reaction to the political situation of the time. It was a multimedia work, spread across four rooms, on the following themes: Power/Profit/Violence/Pollution. Each side of this 2LP set reproduces the sonorization of one of the four rooms in the Museum, automatically mixing in the central space. The same recordings focus on questions of utopia through many of the same themes. As in the rest of his work, pleasure was also at the heart of these pieces. First press limited to 500 numbered copies; gatefold sleeve. 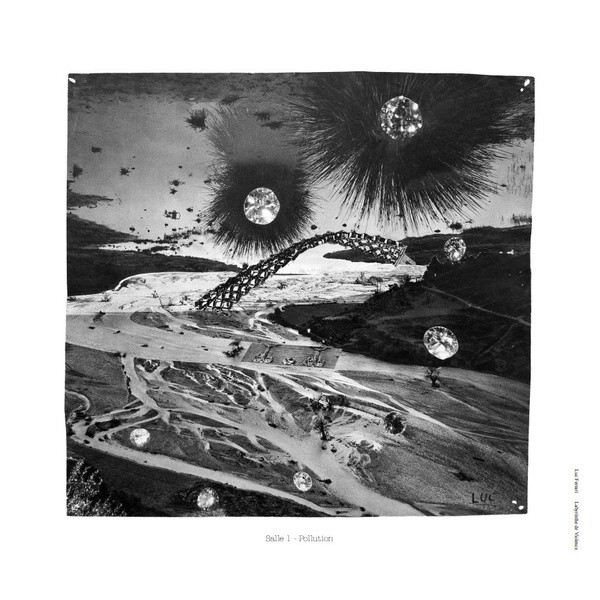