Souffle Continu Records present a reissue Le Théâtre du Chêne Noir's Aurora, originally released in 1971. In 1972, Steve Lacy recorded Solo, one of the gems in his discography, in the Théâtre du Chêne Noir in Avignon. The previous year (which was also the year in which Aurora appeared), the eponymous group of actors led by Gérard Gelas, took up residence in what was a 12th century chapel. The Théâtre du Chêne Noir is therefore not just the name of a space open to all kinds of artistic audacity, but also the name of the great Theatre Group which resides there. Gérard Terronès showed some flair when he published, in 1971 on Futura, the first album by Théâtre du Chêne Noir. It has to be said that the group run by Gérard Gelas was right up his street: non-conformist, eccentric, protesting, just so alive... Singing too, as you can still hear today on Aurora, recorded at Avignon the 22nd and 23rd of June 1971. Aurora, which had been created a few weeks earlier at Ariane Mnouchkine's Théâtre du Soleil, is according to, Gelas' own words, a fantastic tale with actor musicians who play out the fabulous story of the Earth, and children who fight against terrifying bird men who fly from planet to planet to enslave the inhabitants and become the masters of the universe. It is an ambitious subject and thankfully (even more so for the album than for the play), the actors are also excellent musicians! If you can find Chêne Noir between Checkpoint Charlie and Chillum in the Nurse With Wound List created by Steven Stapleton and John Fothergill, Aurora is closer to Stances à Sophie by the Art Ensemble Of Chicago and the Divine Comédie by Bernard Parmegiani and François Bayle. So, move forward cautiously in this landscape of recitals and songs, of mysteries and cries, where saxophones and flutes, electric guitars and percussions spring up... Could the tragic climax have been possible without music? The Théâtre du Chêne Noir replies no to the question and creates a fascinating mix of text and music without one dominating the other. Enjoy the show! Remastered from the master tapes. Licensed from Futura / Marge. 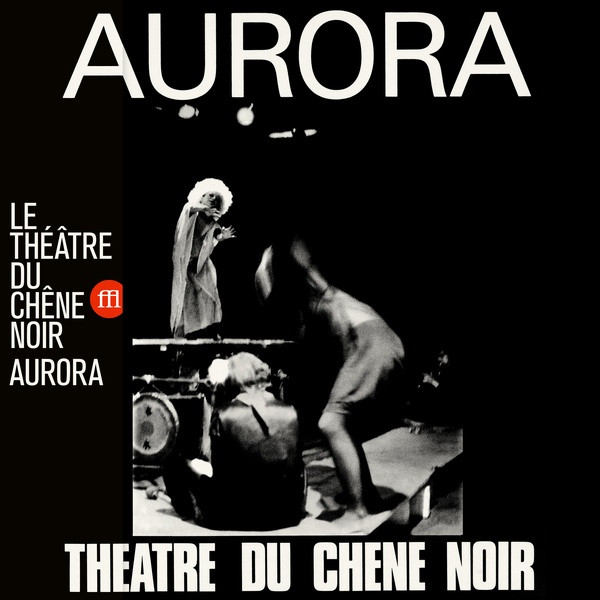