A new timely studio album from the duo of Peter Rehberg and Stephen O'Malley. Recorded and mixed during an unexpected extended stay in Berlin when the borders of the world suddenly closed. The claustrophobic urgency of this scenario is seared into the colossal vibrations set into this vinyl release. Unlike many of their releases this is a studio record made unto itself as opposed to the many soundtracks they have made for theater works and the like. It also stands as one of their most fully realized releases to date. Proceedings are launched with "The Director". Sitting somewhere between contemporary classical and doom this is a sliding and menacing mass of sound, more Masque of the Red Death than The Decameron. Silver lining is an alarming swooping buzzing track, looming and lowering only to rise and descend again. A delicate play with the Shepard-Risset glissando manifesting a delirious swarm of sound. Lee's garlic orbits into a short, fragmented zone with bursts of harsh feedback and crashing fx, all manner of audio enters and is discarded with an underlying sense of despair and frustration. Proceedings continue on Side B with "Tea With Kali" where a calmer plateau is embedded with oscillating guitar and fluttering electronics. Beating sine waves envelop the listener in a meditative thought piece of sound. Frostless concludes this epic dispatch as a subtle and gentle foray into twitching electronics as a light buzzsaw drone swirls as around your mind. The interplay of sources -- guitar, electronic equipment (hardware, software, speakers) -- is so entwined it's often difficult to discern who is doing what amongst the broad sound field. KTL's VII is instrumental music as visual narrative resulting in an exquisitely crafted release full of sophisticated and sublime illusory effects. Berlin, Spring 2020; Written and produced by KTL, Stephen O'Malley and Peter Rehberg; Recorded and mixed at MOM Paraverse Studios, Berlin, March and May 2020; Engineer: Andi Toma (mix), 2nd Engineer: Constantin Carstens (recording); Mastered at Zino Mikorey Mastering, Berlin, May 2020; Cut by Andreas Kauffelt at Schnitstelle, Berlin, June 2020. 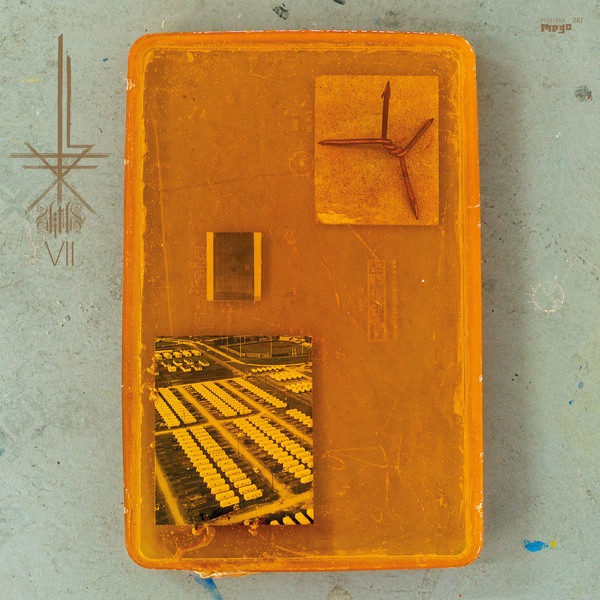