Praised by Quentin Tarantino as one of the greatest films from Australian New Wave cinema, Next Of Kin (1982) was a highly stylised psychological thriller in the bloody tradition of European art-Horror. Scored by none other than ex-Tangerine Dream/Ash Ra Tempel drummer and German electronic music pioneer Klaus Schulze, the music featured in the film was a unique hybrid of pulsing Giallo-moods and hypnotic Berlin-School electronica. Due to the limited availability of the film over the years, rumours have long circulated amongst horror film fans as well as ‘Krautrock’ enthusiasts alike that a lost Klaus Schulze soundtrack existed. Commissioned to write the score, it is true that Schulze composed an original full-length soundtrack for Next Of Kin, although for editorial reasons the complete score was rejected at the last moment by the filmmakers in favour of using pre-existing tracks from Schulze’s studio albums. The final soundtrack consisted of partial elements of this rejected score together with various pieces of early 80s Schulze recordings edited and re-contextualized. Finally rediscovered, the music has been assembled and presented here exactly as featured in the film, documenting a previously lost entry of German Kosmische Musik soundtracking a forgotten piece of Australian Gothic. 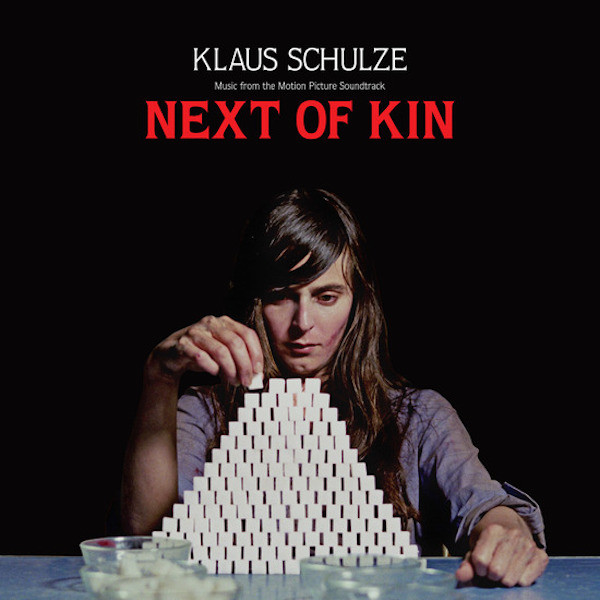