Never released outside South Africa since its original release in 1974, Outernational Sounds presents one of the most sought-after international jazz exclusives ever to appear on South Africa's famous Gallo imprint: the funky, spiritual and outward bound Habiba. Limited, fully licensed vinyl reissue of a lost modal classic by renowned pianist Kirk Lightsey and Black Jazz stalwart Rudolph Johnson. As the archives of South Africa's premier record labels steadily give up the treasures that were hidden in the darkness of the apartheid era, the incredible heritage of South African jazz is gradually finding an international audience. And while most of the laurels are naturally for South Africa's own overlooked musicians, the South African discography contains a few sparkling, nearly unknown jazz sessions by visiting players. Habiba is the greatest of them -- a raw, impassioned set led by bop pianist Kirk Lightsey, who had been a regular sideman for Chet Baker and Sonny Stitt, and saxophonist Rudolph Johnson, a key player at the storied West Coast indie Black Jazz. Visits to the apartheid state by respected Black musicians were hardly a common occurrence during apartheid's darkest years -- so how did a crew of crack American jazz players end up in the Gallo studios? The story starts with the now almost forgotten crooner, Lovelace Watkins. Sometimes billed as "the Black Sinatra", the Detroit-born Watkins sang standards, show tunes and ballroom classics on the Las Vegas circuit. In his 1970s heyday he was a huge star in the UK and in southern Africa, where he toured regularly. In 1974 he hired a jazz big band to accompany him on a tour of South Africa -- and among their number were Lightsey and Johnson, as well as Mastersounds bassist Monk Montgomery, West Coast trombonist Al Hall Jr., and Marshall Royal, musical director of the Count Basie band. The tour was a huge success, and during downtime from performing, members of Watkin's group independently record no fewer than three albums. Two of these LPs appeared on the IRC label, billed as the Mallory-Hall Band -- the third, on the more prestigious Gallo, was Habiba. Three tracks deep, the album is a heavy-duty excursion into post-Coltrane spiritual modernism, ranging from the modal, cerebral intensity of the side-long title track "Habiba", to the downhome breakbeat groove of "There It Is", and the dark glitter of minor key waltz "Fresh Air". Long one of the most desired global jazz LPs, and never before available outside South Africa, Habiba is a forgotten masterpiece of its era. 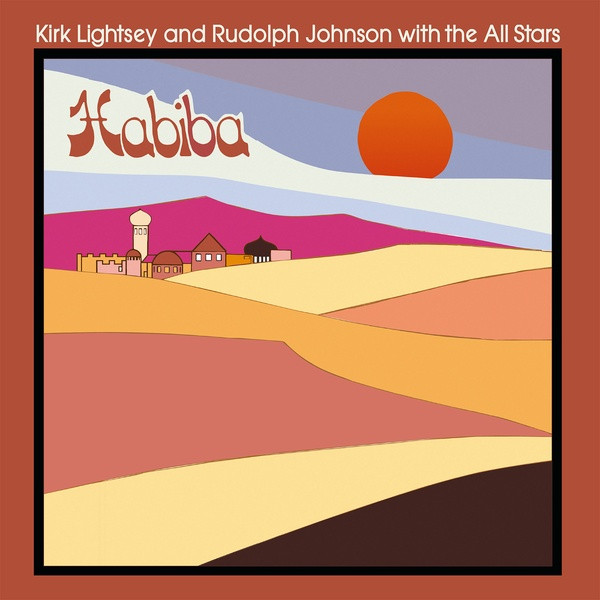 FEDERALE: All The Colours Of The Dark LP

CURRENT 93: The Stars On Their Horsies LP