Hospital Productions presents a reissue of K2's The Rust, originally released in 1996. From its imposing cover featuring massive Japanese characters fading from red to orange to yellow in a descending gradient to the title itself, rust would not have been enough for this edifice of decay. It is the rust, the final rust, the purest rust. The presentation only reiterates that this work is process driven, that it does not stop moving, clinging, falling, eroding, and covering its subject. As moisture turns metal to dust, this is Kimihide Kusafuka's grand mastering of decay. The Rust is a four-part cut-up metal junk noise classic. Not to be confused with the typical high octane '70s psych rock-obsessed outpourings by many of Japan's more well-known noise elite, K2 has settled on a physical process of his own that gets at the inner workman surrounded by the urban accumulation of not-so-precious metals. Like the towering waterfront refinery, or the wrought iron fence outside one's door that they may pass on their way to a busy morning routine, The Rust grinds away and piles on multi-track recordings that are violent and caustic and physical yet totally arcane in their construction. How was this made? Was K2 the executor of a junkyard? Has he lived among the ruins of automobiles, or perhaps locomotives based on the sheer dynamic range and scale of the rust? But that would be too misleading as when the gates open, naked moments are heard of isolated scraping and the unmistakable clutter of metal on metal sounds, pounded by human fists. The beating of metal is coated in feedback solvents and slashed with flange by Kusafuka's self-described "Friktor" device that apparently exhumes the soul of any aluminum, steel, and cast-iron sheets. These liberated industrial 'neighbors' that we live among and construct our dwelling places with ascend to spheres and cities of their own. The rust will crush you with its weight, it will question the scale of your body, and it will cut away at your patience of watching water erode metal to dust. Recorded 1996 in Chiba, Japan for Kinky Music Institute, The Rust appears here on vinyl for the first time, faithfully remastered by Kris Lapke (Alberich). 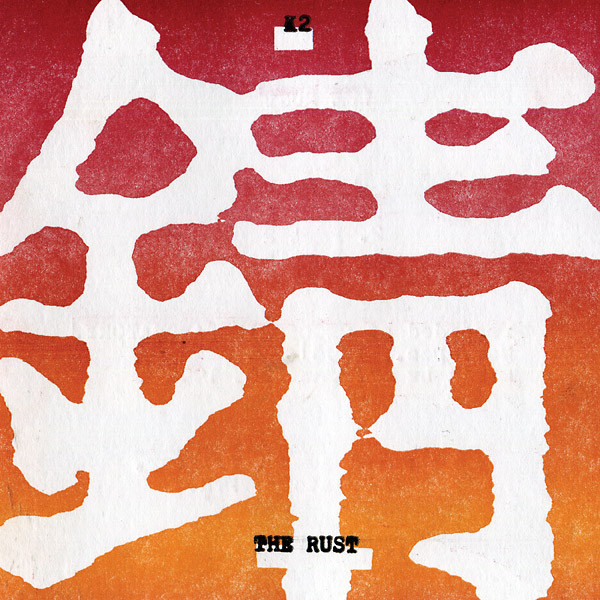