YOR is an ambitious mash-up of sword and sorcery, prehistoric fantasy and post-apocalyptic science fiction. Originally designed as a mini-series for Italian television, IL MONDO DI YOR was comprised of four hour-long episodes, from which the feature film version was culled. The producers of YOR initially hired composer John Scott to write a traditional orchestral score but realized they were going to need more music for the project and hired Italian composers Guido and Maurizio De Angelis to compose additional music. The De Angelis Brothers chose a musical approach that mixed pop tunes, electronic rhythms and gentle orchestral melodies, along with a theme song for the hero of the piece. Ultimately, very little of John Scott's music ended up being used in the film version of YOR and even the music composed by the De Angelis Brothers was modified, cropped and moved around in the film's final mix. 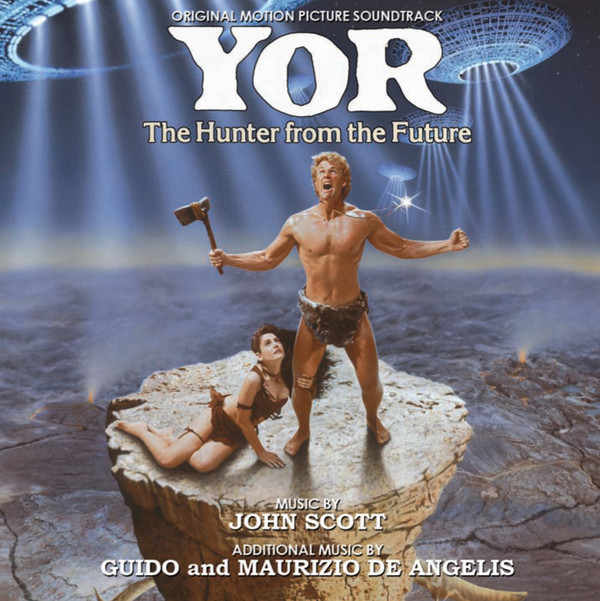