Reissue, originally released in 1985. Two years after his debut double-LP Planètes (1981), Jean Hoyoux recorded three new compositions in the home build studio, Madame Bois. In his later published book NOOS, la naissance à l'esprit, Hoyoux described the recording of III Hymne as follows: "'Power of being' my fingers are wreathed with violets and blues. Sounds emerge from them, called by something unknown to me. Joyful forces embrace me. I am both listener and musician. The rising melodies come forth from some unknown universe, vibrating to some unknown world. E Minor, C Minor, G Minor: harmonies of the awareness inside. The third hymn." The original record was issued on CRETS, or Centre du Recherche et d'Etudes, in 1985 and now, 33 years later, re-released for the first time on Cortizona. On III Hymne, Hoyoux further explores the electronic instruments he also used on Planètes which results in a marvelous album that in some way connects the dots between ambient, library, cosmic, and spiritual music. 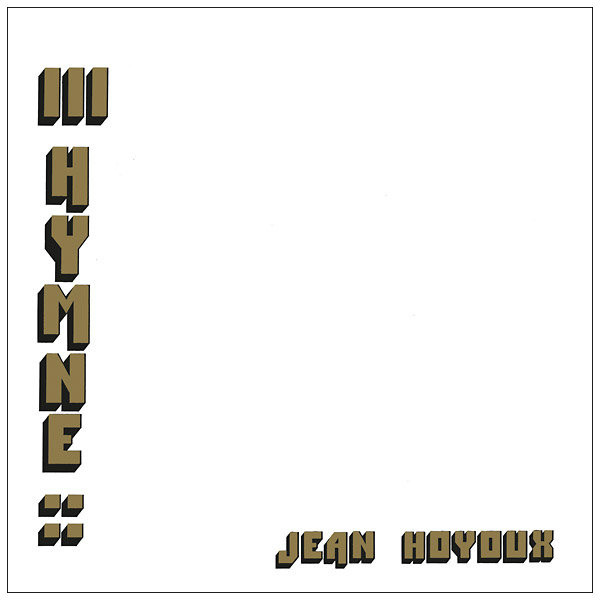