Authentic 1970s promo artwork. Limited edition of 2000. Amazing master tape discovery of a misplaced 1973 Jean-Claude Vannier single, including previously unheard instrumentation and alternative arrangements and mix board levels from the first days of the L'Enfant Assasin des Mouches sessions (BMS 001CD, 1972), which occurred a few months after the release of Vannier's seminal work on Histoire de Melody Nelson (1971). These pieces were recorded as a proposed major label single, indicating that they were the first (and most exciting) tracks to emerge from the flamboyant, visionary sessions. This is the first in a series of vintage Vannier projects extracted from a vault of previously lost materials. 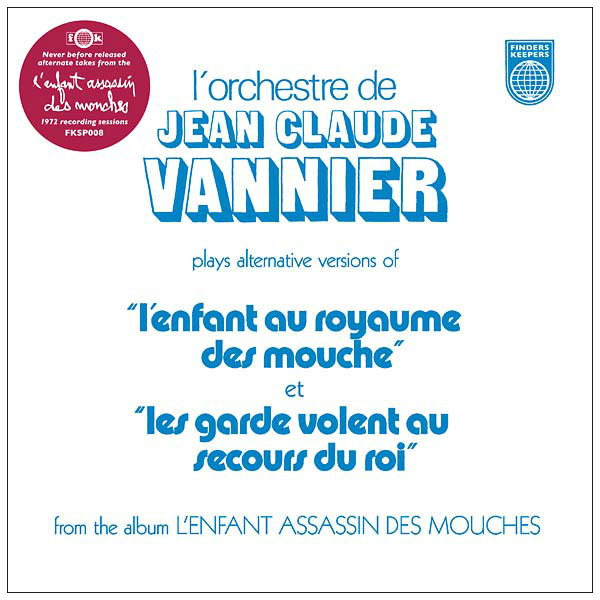