This is a tale nobody wanted to be told. It’s a cautionary tale about an obscure 1980s horror movie cobbled together from work by two separate groups of filmmakers working on the same set with two totally different casts. There’s also a savage businessman, crooked real-estate dealings, betrayal, madness, death, ex-Green Berets, ex-porn stars, and one of the founding fathers of the United States.

As originally conceived, the film that became Spookies attempted to subvert hoary haunted-house tropes by bombarding its party-going human characters with unique monsters: a possessed witch with a glowing brain, Muck Men bursting from a wine-cellar floor, a Hallway Demon melting a lady with his electric tongue, and a hideous transforming Spider Woman who literally sucks a man dry.

When the financier took the film away from its original makers, he handed it over to a second director who inserted scenes of a Crypt Keeper-type sorcerer, a cat man, a half-dead bride, high schoolers dressed as zombies, and a little boy having a haunted birthday party. The result is a checkerboard pattern alternating between passionate artistry and mercenary moviemaking, although even the original filmmakers would be the first to admit that cinema didn’t exactly lose The Magnificent Ambersons here.

Spookies was originally shot in 1984—under the title Twisted Souls—by first-time filmmakers Brendan Faulkner and Thomas Doran, friends and horror fanatics since childhood. Tom and Brendan directed scenes for an exploitation movie called Igor And The Lunatics, as well as several horror films that were never completed. While making a demo reel for their project Hellspawn, they met a British film distributor named Michael Lee who was eager to finance a horror movie. Lee dangled the possibility of bankrolling Hellspawn if the two could make a more conventional feature, and after hammering out a script in two weeks (under Lee’s paint-by-numbers guidelines, i.e. “folks run around a house getting killed by monsters”), it was off to the races for Twisted Souls. 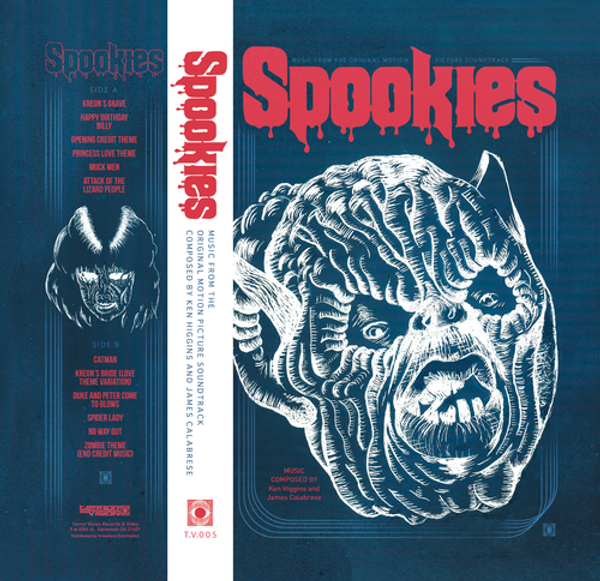