Cult director Teruo Ishii (Shogun's Joy of Torture, Blind Woman's Curse) presents a nightmarish, hallucinogenic tale drawn from the feverish pen of Japan's celebrated pioneer ofero-guro ("erotic grotesque") literature, Edogawa Rampo. Medical student Hirosuke Hitomi slips out of the asylum in which he has been wrongfully confined and stealthily assumes the identity of a recently deceased nobleman with whom he bears an uncanny resemblance. Hirosuke eases his way into the nobleman's household and his dead double's marital bed. But as long-repressed memories begin to bubble to the surface, he soon finds himself drawn to a remote isle where he is confronted by a mad scientist and his malformed men, and discovers the key that will unlock some long-suppressed mysteries of his own. A dark labyrinth of the monstrous and perverse that fuses mystery and horror while incorporating motifs from a myriad of Rampo's tales, Horrors of Malformed Men boasts astonishing carnivalesque art design and haunting performances. Withdrawn from cinemas by its own studio after its original scandalous release nearly fifty years ago, the film is among the very best screen interpretations of the author's macabre brand of horror-fantasy fiction, and a unique oddity of Japanese cult cinema. 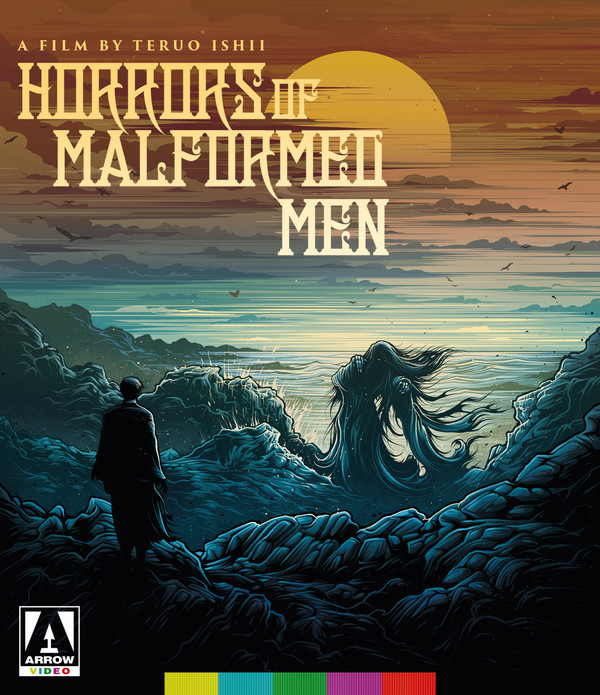