2020 repress. The debut Harmonia LP, Musik Von Harmonia, appeared in 1974 (with an accomplished live track, recorded in Amsterdam) and marks the first collaborative effort between Cluster's Hans-Joachim Roedelius and Dieter Moebius and Neu!'s Michael Rother: a German supergroup and genuine rarity, a colossal artistic success. The three members were skilled keyboard players, guitarists, electronic percussionists and composers. This was a group musically and conceptually miles ahead of its time. Musik Von Harmonia is at once a product of their source bands and a fine new twist on them, resulting in music that captures what for many is the krautrock ideal, or more accurately, the motorik ideal. It's not Kraftwerk's all-synth, clean, clinical pulse, nor Neu!'s seemingly effortless glide, nor Can's stomping art world funk. Instead it's at once playful and murky, steady and mechanical, a supergroup of sorts who easily achieves and maintains such a seemingly overstated status by embracing a variety of approaches that work wonders. 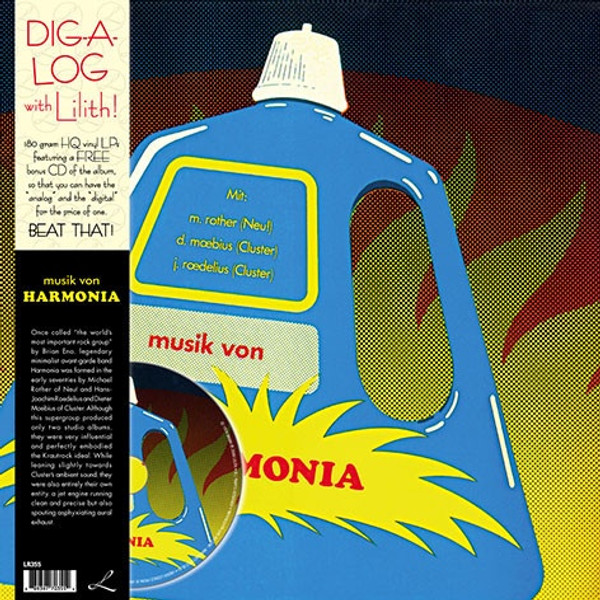