Lo Chiamavano Bulldozer is a movie that was directed by Michele Lupo in 1978 that tells the story of an ex-football player (Bud Spencer) turned sailor, who after some misadventures ends up training a team of ragtag young players, far from real sportsmen. The match against Sergeant Kempfer's team, from a nearby military base, is approaching soon, and Bulldozer will have to give his all to win it. Lo Chiamavano Bulldozer is one of the most beloved scores by Guido & Maurizio De Angelis fans, dominated by the iconic theme dedicated to great Bud Spencer. This edition marks the collaboration between the two composers' label, Cabum and Beat Records, continuing a series that aims to shed new light upon the two maestros' catalog. It's a release that can't be missed by lovers of film music and all fans of this soundtrack who have been waiting years for this release. Part of the DDJ DLX series. Iconic poster art by Renato Casaro on the cover, graphic layout and liner notes by Daniele De Gemini and English edit by Josh Mitchell. Mastering by Enrico De Gemini. 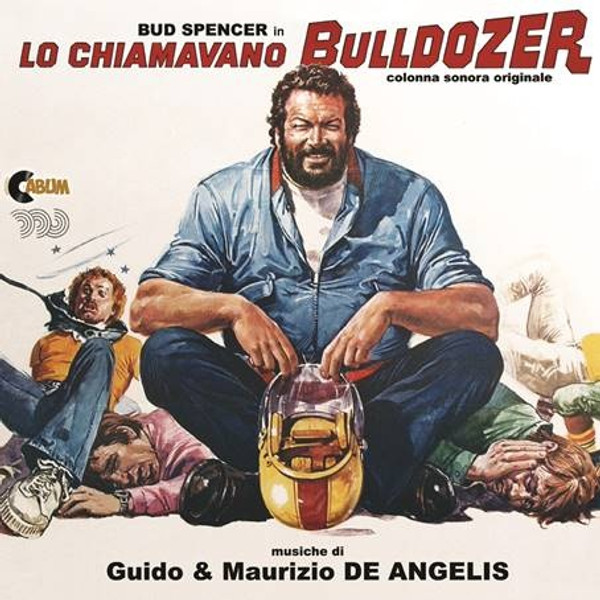