Repressed. Mental Experience present a reissue of Golem's Orion Awakes. Orion Awakes was recorded and produced circa 1976 by Toby Robinson, aka Genius P. Orridge, while he worked as second engineer at the famous Dierks Studio in Cologne. Memories from those hazy times are sketchy, but all evidence leads you to believe that the musicians featured here were well-known names from the kraut scene working under pseudonyms, recording 100% underground, non-commercial music under Toby's guidance, just for fun. Apparently, Orion Awakes was released as a very limited hand-made pressing housed in a silver foil sleeve on the Pyramid label, which was run by Toby and his friend Robin Page, the Fluxus artist. No original copies have ever been found. The fascinating liner notes by kraut expert Alan Freeman talk about seeing an original copy of Golem at a record shop in Germany many years ago and he also sheds some light on who could be the real musicians involved, as well as discussing the controversial story of the Pyramid label and the accusations of Golem being a manufactured '90s "fake" instead of a real vintage '70s recording. A glorious blend of space-rock, kraut, and psychedelia, courtesy of the mysterious Golem -- Plenty of Hammond organ, analog synths, ripping guitar, effects, trippy jams. RIYL: Gila, Mythos, Guru Guru, Cosmic Jokers, Novalis, Neu!, Hawkwind, Brainticket, My Solid Ground, Pink Floyd. "Legitimately tripped out, fans of the Cosmic Jokers could certainly get behind this one." --Angela Sawyer (Weirdo Records) Includes download coupon; 24-bit domain remaster from the original tapes; Housed in a silver foil sleeve; Insert with liner notes by Alan Freeman (Ultima Thule/The Crack In The Cosmic Egg (1996)). 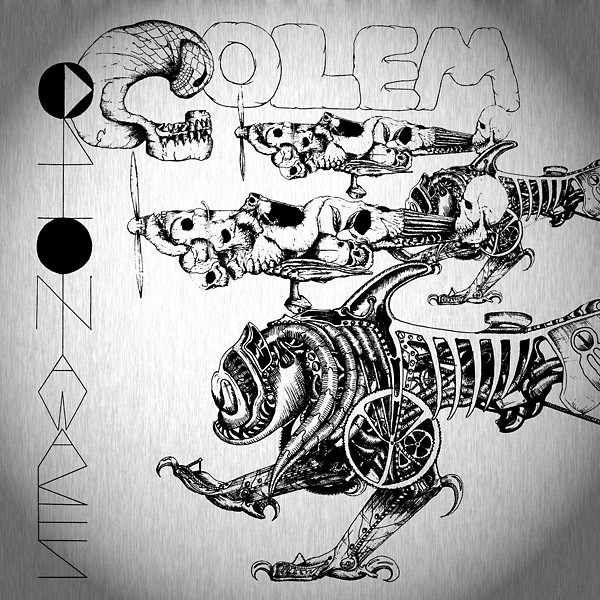