After a lengthy silence, Goblin reunited in 2000, again for a soundtrack for their long-time friend Dario Argento. As a matter of fact, “NonHoSonno” (sleepless) will be the last record made by the original line-up, and for many fans this is one of their best works, if not THE best ever.

Of course the original sound of the band is filtered by a more modern production, and the band focuses on symphonic synths and rather heavy guitar work. Surprisingly enough this soundtrack works great even as a stand-alone record. Songs are catchy and there are no weak moments, that are pretty normal for traditional soundtracks. An amazing and outstanding comeback!

Still this is the Goblin we love: heavy, doomy, creepy and dark!

Black vinyl with different back cover compared to the coloured editions.
Now the history notes which were on the mega-poster are on the back cover. 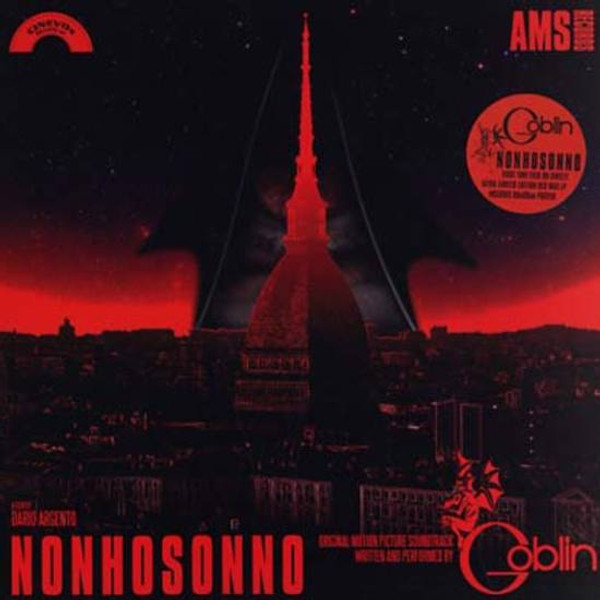