"To be heard with ears half bent, or with one side facing what Maryanne Amacher calls 'the third ear'. The great reverence in which the Tanpura is held by Indian classical music, its transcendental but occulted place in the tradition alongside its normal function as a drone, made a strong impression on the composer such that it has taken decades to formulate even a simple Tanpura Study. The fundamentals, the Om, as well as the overtones, the music of the spheres -- all these have their valid rights, but in Tanpura Study they are embedded in a series of gestures, what I call signatures, on the melodic level. In 'Tanpura & Harpsichord', there is an encounter of overtones with chords braided into pun-notes, what Gerard Grisey calls 'degrees of transposition'. Taken together, this amounts to a non-spectralism in which, contrary to first impressions, there are no fundamental frequencies, even in the bass. Ajaeng Ajaeng: with respect to European string instruments, the technique col legno affords the direct encounter of wood and string, opening the way to a more tactile conception of the sustained sound, while bringing the materiality of the bow and its practices into question. In violin, viola, cello bows, Pernambuco wood offers an ideal example of extraction, colonialism, deforestation. With the Ajaeng, a Korean musical instrument, the situation is more complex. The dialectic of court to folk music, always political, always incendiary, may be heard here in the encounter of forsythia and silk, of Dae Ajaeng to So Ajaeng, and on a broader level of Dang Ak (Tang Dynasty music) to Hyang Ak (native Korean music) and their representations. Alternating music and sound, overtone arrays mingled with noise, marked by the bow change, in flamelike patterns which flicker, emerge, and fade again. A slow-down structure, also formalized in Time Medicine, seems to produce a long decrescendo, with the technique of the players drawing out the flicker patterns in a kind of game. The point here is not to produce a drone but to delve into the question of life in sound. This apparent emergence of life is due to the apparatus, what Marx calls a 'social hieroglyphic', which brings forsythia and silk together in technique, cultivated by practices which are themselves sustained by the real relations of student to teacher to student..." --Eyvind Kang, April 2020 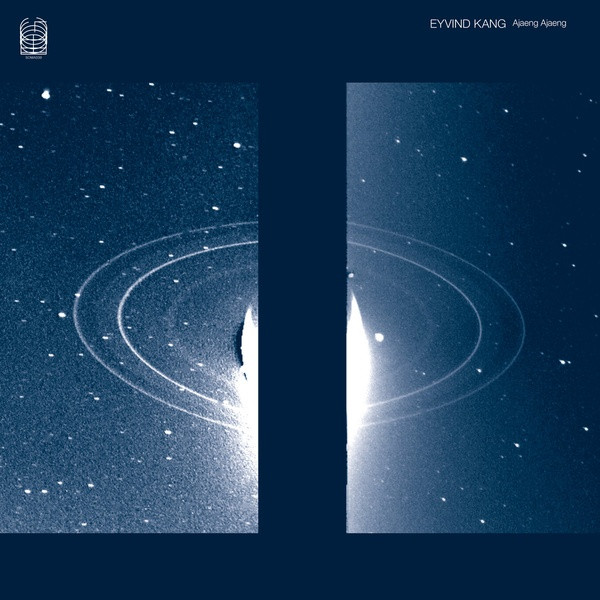 EYVIND KANG/TASHI DORJI: Mother Of All Saints (Puppet On A String) LP