Bisou Records asked Eugene Chadbourne to do an album for children and he proposed an album about horror movies and monsters. Some references are obvious, like "The Thing", "Blacky Lagoony", etc., and some are about strange characters, like "Vampire Tiger Girl", and some are covers (Sam And The Shams, Shockabilly). It's probably the best recorded album of Eugene Chadbourne. Eugene met Steve Beresford and Alex Ward in London at Eastcote Studios, where Adele, Duran Duran, Aswad, Tindersticks, and Depeche Mode recorded). They used a good part of the instruments available there: grand piano, wood organ, many amps, loads of keyboards. Steve Beresford is famous for his solo recording The Bath Of Surprise (1980). He was part of The Melody Four (with Lol Coxhill and Tony Coe) and released records on labels like Emanem, nato, and Tzadik. Alex Ward was 14 when Derek Bailey started to play with him, as a duo, and in a trio with Steve Noble. He is a great musician who can improvise on the clarinet as well as create noise on electric guitar. 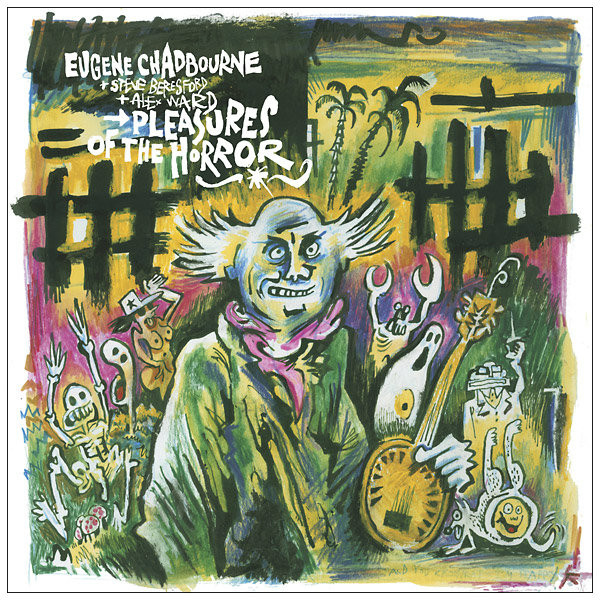 ALEX PUDDU: The Mark of The Devil LP