“Una pistola per Ringo” and “Il ritorno di Ringo” are two movies from 1965 that belong to the ‘spaghetti western’ genre, directed by Duccio Tessari and starring Giuliano Gemma as the main character. The two movies, not actually having much more in common besides their title and protagonist, were filmed in a very short time, thanks to the huge success of the first ‘chapter’.

The soundtracks of both movies, by Ennio Morricone, show the incredible versatility of the composer, who at the time had already collaborated with Sergio Leone in “Per un pugno di dollari” and “Per qualche dollaro in più”. Thanks to the precious contribution of conductor Bruno Nicolai, the choir of the Cantori Moderni di Alessandroni, trumpeter Michere Lacerenza and harpist Anna Palombi, the Maestro wrote a mainly classical score, developing a wide range of sensations and dynamics in which epic atmosphere, drama and tension alternate to reflective moments or even romantic ones. 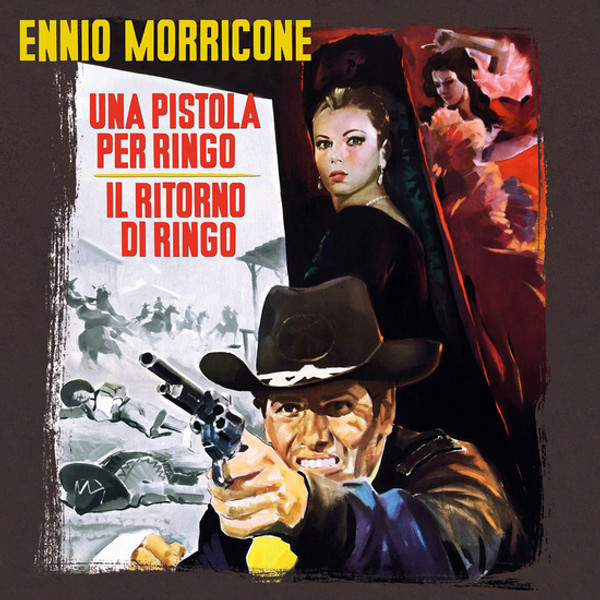