“La stagione dei sensi” (also known as “Season of the senses”) is a 1969 film directed by Massimo Franciosa, perfect son its time: a pop-coloured cauldron, – whose screenplay had also been written by Dario Argento – which mixes mystery, sensuality, eroticism and morbid atmospheres in an exotic and fascinating context, inside of a castle on an island in the middle of the sea. Ennio Morricone’s soundtrack is very varied and, in some ways, atypical; in fact, there are five sung tracks instead of the usual single one used for the main titles: three beat/pop songs by Patrick Samson (“Gloria”, “Tell me tell me”, “Laila Laila”), and two lounge/symphonic compositions by Edda Dell’Orso (“A voice in the mirror”, “Suspend the time”). The full picture is completed by “Sytar”, with oriental and romantic atmospheres, the dramatic and gloomy improvised “Dinamica per 5 + 1” and the waltz of “In tre quarti”. “La stagione dei sensi” is an exclusive release for the Record Store Day 2019. Limited edition on colored vinyl! Not to be missed!!! 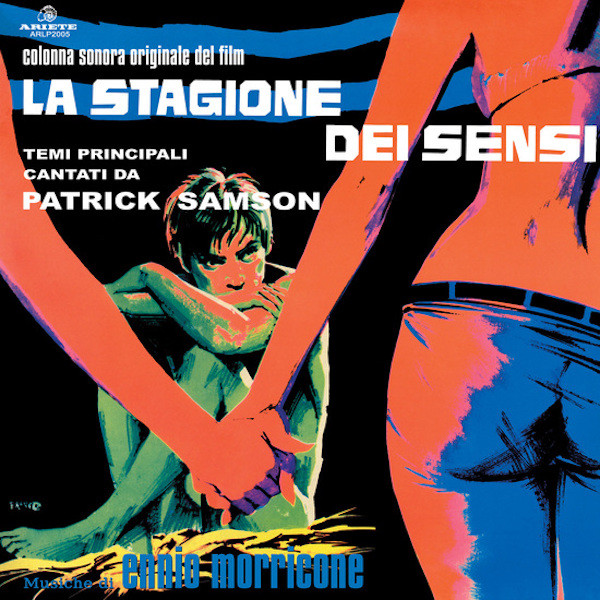