Pleasure For Music present a reissue of Don Sebesky's The Distant Galaxy, originally released in 1968. Donald John Sebesky was born in Perth Amboy, New Jersey, USA, on December 10, 1937; his father worked in a steel-cable factory, his mother was a housewife. At the age of eight he started learning the accordion; he later came to realize that this instrument was the best possible choice he could have made because, as he says, "the accordion is a 'mini-orchestra' and teaches the principles of harmony from the very beginning." In 1965, Don Sebesky joined Verve Records when Creed Taylor was still a producer for the label. One of his most distinctive and successful arrangements was for Wes Montgomery's album Bumpin' released the same year. In 1967, when Taylor left the company to launch his own CTI, Sebesky joined the newborn label as staff arranger, giving his precious contribution in creating many hit records. During the late '60s/early '70s, his orchestral backgrounds helped make artists like Montgomery, George Benson (Shape of Things To Come, 1968), Paul Desmond (From the Hot Afternoon, 1969), and Freddie Hubbard (First Light, 1971) acceptable to audiences outside of jazz. Originally released on Verve in 1968, The Distant Galaxy is quite a hybrid of soul jazz and space-age music, an influential cornerstone fully sampled by a who's who of hip-hop and R&B superstar like Rakim, Madlib, and Buck 65. Such an obscure and terrific album that features a blend of jazz, psych and good old '60s light pop with brief "cosmic" audio tidbits inserted between most of the main tracks. 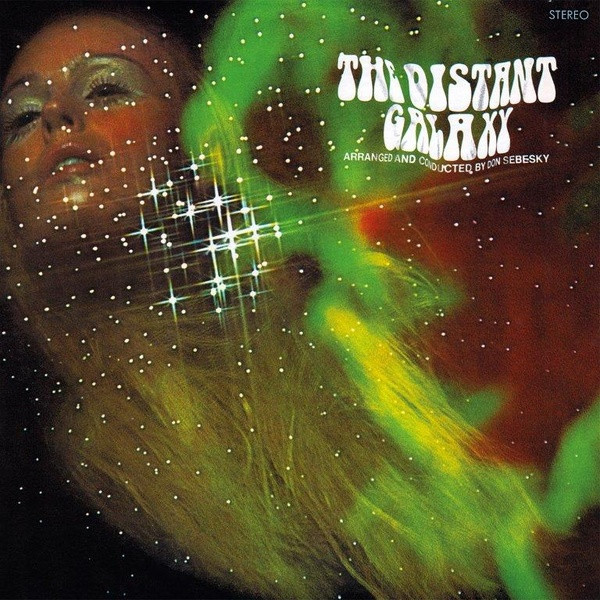